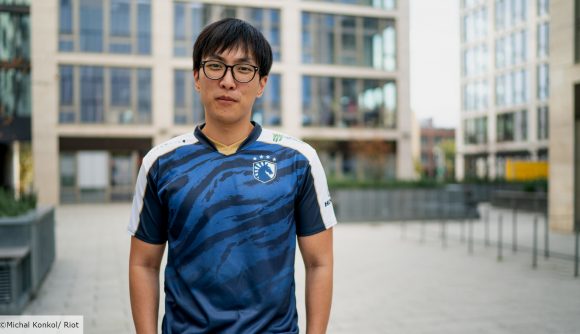 With voting for the League of Legends All-Star event closing today, November 20, Team Liquid’s AD carry Yiliang ‘Doublelift’ Peng is the runaway winner in the LCS vote. However, we might not be seeing him at the All-Star tournament.

Doublelift is one of the most popular players in the North American region and even won last year’s All-Star 2v2 event alongside Joedat ‘Voyboy’ Esfahani. However, during a livestream on Twitch he was asked by a viewer if he had voted for himself in the All-Star poll. This prompted him to drop the bombshell that he is considering not attending the event, likening it to “working for free.”

“I was actually thinking about not going to All-Stars this year,” says Doublelift, who has attended All-Star events as far back as 2013. “It’s like I’m working for free, I’m basically working for free. But I think a lot of people are advising me that I should do it…”

At the time of writing (which is approximately an hour before the polls are set to close) Doublelift is the most voted for LCS player by a considerable margin. He currently has 17.2% of the votes in the North America category, with Team SoloMid mid laner Søren ‘Bjergsen’ Bjerg in second with 10.1%. It is almost a certainty that he will finish as the most popular LCS player.

If he decides not to attend, his spot will then likely go to the player in third, which is currently 100 Thieves’ Bae ‘Bang’ Jun-sik with 9%.

It would be a massive disappointment for the large number of LoL fans who voted for Doublelift to see him pull out of the All-Star event. Although he hasn’t made his final decision yet, the overwhelming manner of his victory in the polls might be enough to convince him to attend if he knows there are that many fans wanting to see him play.