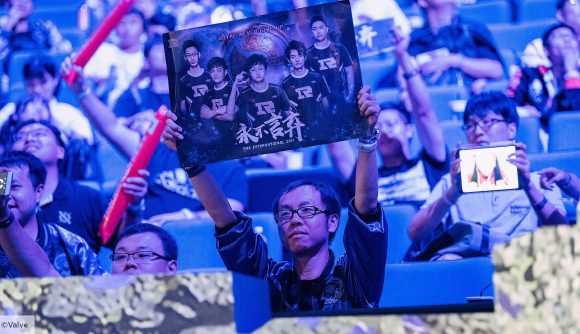 A research group has surveyed around 80,000 esports fans about which competitive scenes they watch other than their favourite game, and the results show some unexpected results.

While two of the biggest esports, Dota 2 and League of Legends, lead the way for MOBAs in the esports scene, the two fanbases are often quite tribal when it comes to which is the best. However, according to the Observatoire du Sports Business, it turns out that over half of Dota 2 fans also follow League of Legends esports. Flipped the other way, only 21% of self-proclaimed LoL fans indulge themselves in Dota esports.

There is a strong trend of FPS fans watching other FPS titles. For example, Rainbow Six Siege esports fans are also interested in Call of Duty (38%) and CS:GO (50%).

There’s also a general trend of sports games fans, such as FIFA, Madden, and NBA 2K, being very unwilling to branch out into other genres. The only exception is Call of Duty, which is watched by 15% of NBA 2K fans, 16% of FIFA fans, and 17% of Madden fans.

The lowest percentage of fans watching another esport comes from the NBA 2K fanbase. Only 1% of NBA 2K esports fans also show an interest in Rainbow Six Siege and Rocket League.

While there’s been a fair bit of tribalism between fans of similar esports scenes, with the Dota vs LoL and Valorant vs CS:GO being the two most notable examples, this study shows that many fans are open to following completely different genres and even their favourite esports’ biggest competitors.