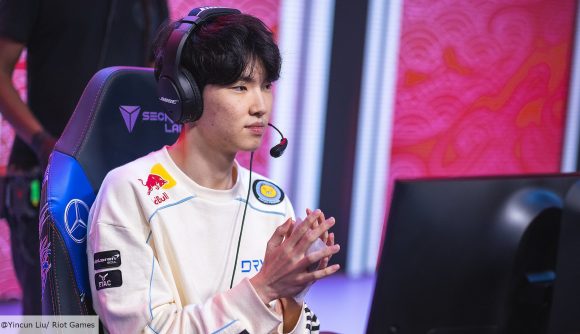 Two of the brightest stars from DRX’s 2020 League of Legends Worlds roster, Kim ‘Deft’ Hyuk-kyu and Jeong ‘Chovy’ Ji-hoon, have found themselves a new home for the 2021 season with Hanwha Life Esports.

The acquisition of Deft and Chovy marks a huge effort from Hanwha to rebuild for the first franchised season of the LCK next year. In 2020, Hanwha was one of the worst performing teams in the Korean league, finishing eighth and ninth in Spring Split and Summer Split respectively. The mid-bot duo helped DRX reach the quarterfinals of Worlds this year before being knocked out by eventual world champions DAMWON Gaming.

DRX is currently in the process of a mass clear out, despite its respectable showing at Worlds, and four of its five starting players have left the organisation. As well as Deft and Chovy moving to Hanwha, promising young support Ryu ‘Keria’ Min-seok has joined T1 and top laner Choi ‘Doran’ Hyeon-joon is also looking for a new team but is currently a free agent.

It’s been a busy day of announcements for Hanwha Life which has also announced the signing of Park ‘Arthur’ Mi-reu, who previously played for Dire Wolves in the OPL before the Oceanic league was dissolved by Riot Games.

Despite such poor displays in 2020, Hanwha Life now finds itself with two of Korea’s top talents heading into 2021. Adversely, DRX now has a big challenge on its hands to build a team capable of matching what Deft, Chovy, and co achieved this season.