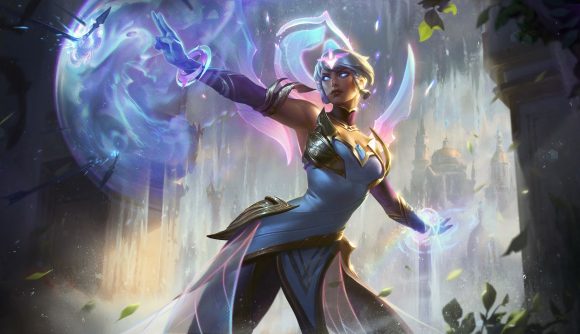 The Dawnbringer Karma skin is League of Legends’ 1,000th skin, so to celebrate Riot Games has announced it will donate 100% of proceeds towards the newly formed Riot Games Social Impact Fund. The set includes a skin, chromas, border set, bundle and heart bundle, an ‘all love’ emote.

Last year players raised $6.1 million by purchasing the Dark Star Cho’Gath, which was created in partnership with the Make-A-Wish Foundation, a non-profit organisation that works to fulfil the wishes of sick children.

Like before, players who purchase this charity skin, which is available now until January 13, will be able to indicate which cause close to their hearts they want their money to be shared with. In the first quarter of 2020, Riot Games will ask players to vote on different social causes in their region, with the winners receiving a cut of the Dawnbringer Karma proceeds.

Riot Games has confirmed that each and every cause will be fully vetted for effectiveness and authenticity, and will receive a minimum of $10,000.

So far this year, the Riot Games Social Impact Fund has already donated $4 million on behalf of League of Legends players to encourage equality in education, opportunity, and global citizenship. The Fund also donated $10,000 to Rick Fox’s 24-hour charity stream, to help rebuild homes in the Bahamas.