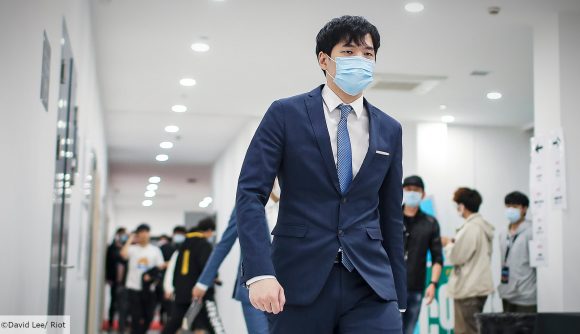 League of Legends Worlds finalist Suning has parted ways with the head coach that steered it to this year’s final in Shanghai. Taiwanese coach Shih ‘Chashao’ Yi-Hao has announced that he has left the team and is exploring other coaching options for 2021, despite orchestrating an incredible turn of fortunes for Suning in 2020.

Chashao guided the team to the Worlds 2020 final despite an eleventh place finish in the LPL Spring Split just a few months before. He started his coaching career in 2013 with the then-reigning world champions Taipei Assassins, before moving on to Flash Wolves. There he spent a number of seasons coaching support Hu ‘SwordArt’ Shuo-Chieh, who would then be reunited with him at Suning and be an integral part of its Worlds 2020 run.

It’s unclear whether Chashao was planning to leave Suning before SwordArt’s big-money move to the LCS with Team SoloMid.

In a tweet, Suning says it “regrets” to announce Chashao’s departure, but thanks him for his “contribution and efforts.”

We regret to announce that Chashao has stepped down as head coach of Suning.

Together for 571 days, together experienced the trough, but also hand in hand to see the scenery high.

Thanks to your contribution and efforts to Suning.
Wish you the next stop closer to your dream. pic.twitter.com/PmnWmnrsbQ

Chashao is not believed to have revealed what his next steps are. If he is to remain in coaching, there may be a fair few LPL teams with Worlds aspirations fighting to bring him on board.