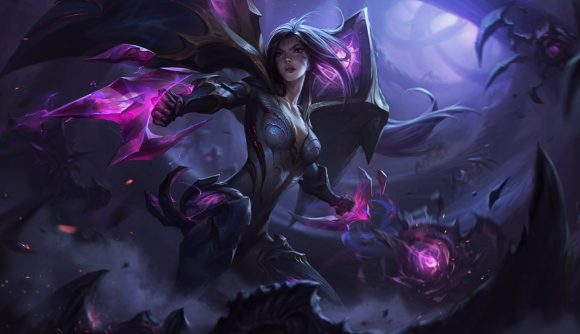 Now the League of Legends Mid-Season Invitational has come to a close, we are once again left in a tournament-less void for a few weeks. While we’re left in this void, longing for our favourite teams to once again take to the Rift, there is no better time to reflect on what we’ve seen so far this year.

Indeed, as we hurtle towards the second cour of the season, we’ve had our noses in the stats bag once again to answer the crucial questions: which champion has been played the most? Who has been banished to the shadow realm most frequently? And which champion has seen the victory banner pop up more than its peers?

Before we jump in, we need to do a little bit of housekeeping just so you know we’re not pulling numbers out of thin air like Zoe pulls summoner spells from the aether. Stats are all publicly available on gol.gg, and are drawn from the top leagues in the world – the LPL, LCK, LCS, and LEC. Stats are also pulled from the Mid-Season Invitational.

With that out of the way, let’s get into it.

Having been picked 581 times so far this season (five of those coming from Chen ‘GALA’ Wei in the MSI final alone), Kai’Sa is the most popular champion in pro play by far – sporting an 87% pick/ban presence and a solid 53% win rate. She’s incredibly strong, synergises disgustingly well with engage-based supports such as Nautilus and Leona, and her ultimate gives her a great deal of agency to zip in or out during a fight.

After Kai’Sa, it is Alistar (401) and Udyr (369) who have been called upon the most. Alistar provides great all-in, with his ultimate providing the extra tankiness that a low-economy role such as support cannot provide with items.

Udyr meanwhile remains a monster in the jungle, with one of the fastest clears in the role thanks to his stance scaling and ridiculous mobility. Additionally, he boasts reliable point-and-click CC on a low cooldown thanks to Bear Stance, enabling multiple stuns throughout a fight. As one of the few tankier junglers currently viable in the meta, Udyr also opens up more drafting avenues for his laners.

Renekton has been given the ban hammer a whopping 515 times since the season’s start, having seen play in both top and mid lane – though the latter comes mostly from the LCK and LPL – when he does squeak through. With a 55% win rate across both roles, it’s no wonder the Butcher of the Sands is often locked away.

Next up is Thresh (461). The Chain Warden provides impressive flexibility, both in terms of his kit, as well as the bot lane options he opens up in draft with his ability to peel and offer a quick lantern to safety. With Thresh in the game, low mobility marksmen like Jinx become more appetising picks, creating a pain point for teams drafting against it.

The champion which has been dismissed during the draft phase the third most often is Gnar (389). When the Missing Link hasn’t been missing from the Rift, Gnar’s ability to be built as a tank or split-pusher depending on the team’s win condition makes him incredibly versatile. A jack of all trades, master of none, Gnar can be either locked in blind, or counterpicked quite comfortably, allowing more important picks to be allocated elsewhere in the draft.

While Renkton’s win rate is pretty hefty, there are several champions currently sporting a greater one. These are all champions with at least 50 games played each, as to give a half-decent sample size. With a 71% win rate across 73 games, Taliyah is performing above and beyond expectations.

Sylas is up next, having achieved victory in 62% of the 74 games he has featured in this year. Another champion which can be flexed between solo lanes, Sylas has performed admirably in both roles when unshackled.

Finally, having been piloted to victory in 60% of the 112 games he’s featured in, Lucian rounds out the top three. The marksman has seen the most success as a midlaner in the LEC, with players like Marek ‘Humanoid’ Brázda, Emil ‘Larssen’ Larsson, and Rasmus ‘Caps’ Winther piling up the wins.

Meanwhile, the most prolific Lucian player is MSI champion Li ‘Xiaohu’ Yuan-Hao, who must be rather good at the champion considering he’s won all of the 12 games he’s taken Lucian into the top lane so far.

A final notable pick here is Lee Sin. The Blind Monk only recently came into the meta, hence his omission from this table with only 39 games played. However, this powerful pick has achieved victory in 59% of games he has appeared in, with the likes of Xiaohu, Kim ‘Khan’ Dong-Ha, and Ibrahim ‘Fudge’ Allami all putting on a clinic in how to make the most of him at MSI.

So there you have it, a whole boatload of stats on the most prevalent champions in League of Legends right now.