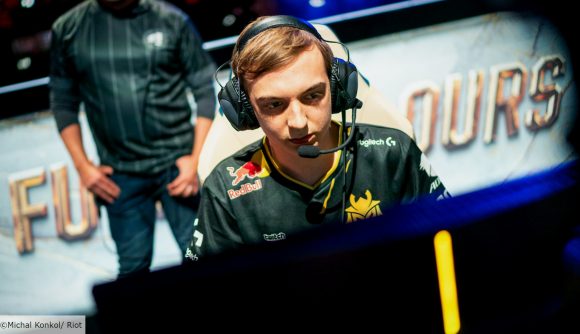 While it has been on the cards for quite some time, Rasmus ‘Caps’ Winther and Luka ‘Perkz’ Perkovic’s role swap on G2 Esports’ League of Legends team has been officially confirmed by the organisation’s CEO.

Speaking to ESPN, Carlos ‘Ocelote’ Rodriguez Santiago verified the rumours and the comments that had been made by Perkz and Caps throughout the season, saying that the pair will swap roles. This will see the team’s captain Perkz returning to mid lane and Caps swapping to AD carry. In December last year, Perkz revealed that the position swap was Caps’ idea, with fellow teammate Marcin ‘Jankos’ Jankowski claiming it was so the Dane could get one over on his former Fnatic teammate Martin ‘Rekkles’ Larsson.

Ocelote also says the decision will help G2 become more unpredictable and predicts a potential future where teams will evolve to become so unpredictable that there may end up being “no roles at all.”

“I think if this team keeps together and stays motivated to be together, we will see every single year that the game becomes more and more loose and there are no roles,” he explains. “Everyone goes everywhere and it’s chaos. Controlled chaos.”

The first outing for Perkz and Caps in their new roles will be against MAD Lions when the LEC kicks off next week on January 24. Fans will have to wait until the third week of action, however, to see if Caps can get one over on Rekkles when G2 face Fnatic on February 8.