There is an ever-growing amount of League of Legends on-air talent dipping into streaming and content creation, with many linking up with organisations competing in its top leagues. A quick look at Twitch will show the likes of LCS analyst Mark ‘MarkZ’ Zimmerman and LCK caster Max ‘Atlus’ Anderson gushing over Genshin Impact, while you’ll often find NLC caster and SK Gaming creator Geogia ‘Troubleinc’ Paras out on the Rift.

Then there’s the co-streamers. Former Cloud9 head coach, T1 creator, and LCK caster Nick ‘LS’ DeCesare has long been the go-to for co-coverage of Korea’s top division, while former pro Christian ‘IWDominate’ Rivera – himself a streamer for Cloud9 – has more recently become synonymous with the LPL.

As a continuation of this trend, 2021’s esports analyst of the year and LEC caster Marc ‘Caedrel’ Lamont this week re-joined UK-based organisation Excel Esports – the team he himself had played for during the final two years of his pro career – as a content creator in-tandem with his broadcast duties. Commenting on the trend while discussing the decision to link back up with Excel, Caedrel tells The Loadout that it’s a “no-brainer” for talent in the content creation space to look for a home.

“Yes, I could sit here and be a freelance creator that has no quote-unquote ‘home’, and just be a lone streamer wondering the cosmos,” he says, “but I think it makes sense for any content creator to join a team, especially if you have a relationship or bond with them.” 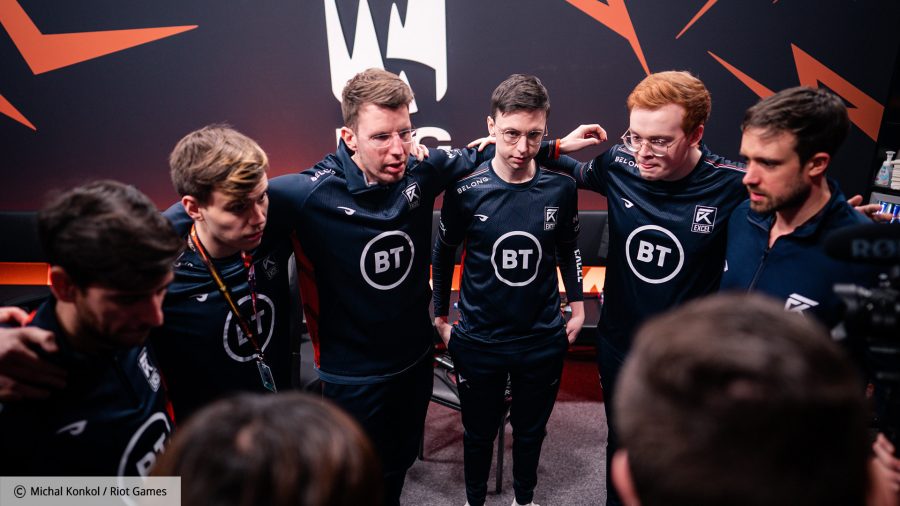 Having started streaming tentatively after scrims while playing as a pro, Caedrel, like most streamers, slowly grew his following. “Maybe I’d peak at ten, 15 viewers in 2019,” he recalls. By the end of 2020, Caedrel had upped the hours following his retirement, and enjoyed streaming a variety of titles outside of LoL – especially social sleuthing hit Among Us – to hundreds of viewers.

When Caedrel finally joined the LEC broadcast team last year, he found himself with plenty of time on his hands after years spent practising to play on Europe’s biggest stage. “When I was a pro, if I wasn’t scrimming, I was playing. If I wasn’t playing, I was sleeping. If I wasn’t sleeping. I was eating. When I got into the LEC last year, I had a lot of free time, so naturally I just thought of streaming a lot.”

If you take a break, then it's hard to recover where you once were

Caedrel, who over the past year has ballooned his Twitch following from 40,000 to now just over 300,000 according to TwitchTracker, attributes much of this growth to the consistency with which he’s been able to stream since joining the LEC broadcast team. Without consistency, he feels, it’s easy for the metrics to stagnate and even regress.

“I think the most important thing that I’ve learned about Twitch is if you take a break, then it’s hard to recover where you once were unless you’re so big that it doesn’t matter,” Caedrel explains. “Look at ‘Asmongold’, when a new game comes out, bang turn the stream on, boom 300,000 viewers. Félix ‘xQc’ Lengyel is a good example of one of the biggest streamers on Twitch who just does 15 hour streams back-to-back-to-back nonstop. So grinding is pretty important.” 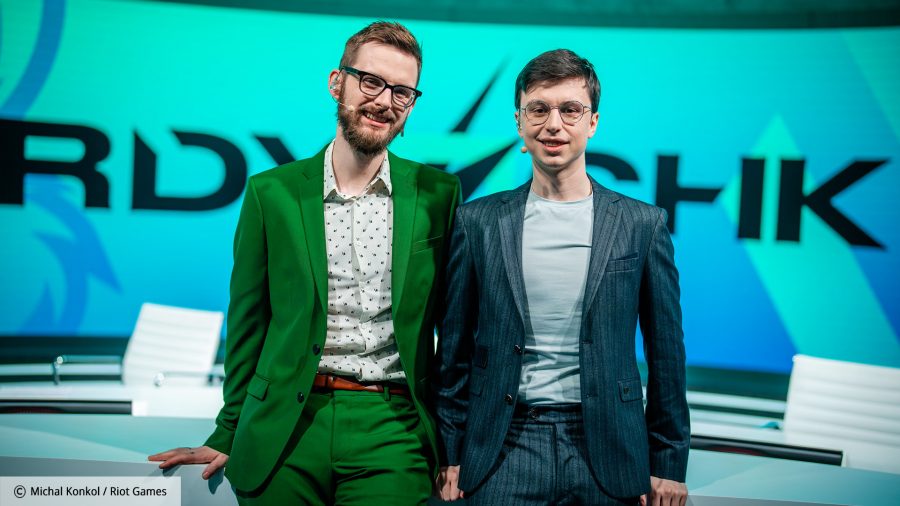 With that said, Caedrel admits that his own schedule over the past year has at times been less than healthy, with burnout – an issue he recently discussed with Peter ‘Doublelift’ Peng and LS – from the long hours a constant threat. “As a streamer, what I’ve learned is burnout is always there,” he says. “And it’s always going to suck sometimes to turn your stream on. And sometimes you’re like ‘fuck, I don’t feel it’, but you’ve just got to get through it.”

A self-proclaimed “workaholic”, Caedrel acknowledges that he’s not managing his double-life as effectively as he could be. However the uncertain nature of an industry constantly in flux incentivises him to try and push himself as far as he can in the short-term.

“I think that the fact that it [content creation] is only going to last a maximum of five years makes it so you can kind of recover that time later on down the line,” Caedrel says. “Because I don’t know if I’ll be a streamer in four or five years time – I don’t even know what’s gonna happen to Twitch or League of Legends – so while it’s still fresh, I think it’s just a no-brainer to just keep going. That’s the kind of mindset I have.”

Of course, metrics aren’t the only thing that keeps Caedrel ticking. His bustling community, ‘Griefingdor’, comprises some of the finest memeing minds modern League of Legends has to offer. Spend any amount of time in Caedrel’s Discord server, and you’ll see what we mean.

This shared propinquity to light-hearted content is what draws many to the Brit, who can often be found spreading memes across his personal Twitter account – many of which come from his personal meme factory, while some are his own creations. This collaborative effort, Caedrel says, came about as a result of his own inadequate means of meme production.

[I'm] like Butterfree in Pokémon when Ash lets it go

“I used to ask for people to help me make memes, because last year I was doing it in [Microsoft] Paint,” Caedrel says. “They started trying to help me more because I’m a degenerate and I can’t draw.” (He reassures us that, since happening upon an app that can support his creative vision, he has been “like Butterfree in Pokémon when Ash lets it go – I’m flying”.)

One of the great difficulties which comes with managing an ever-growing community is the limited ways to get everyone involved. “The community is great,” Caedrel says, “but it’s hard to interact a lot together – I wish there was a better way I could do it. 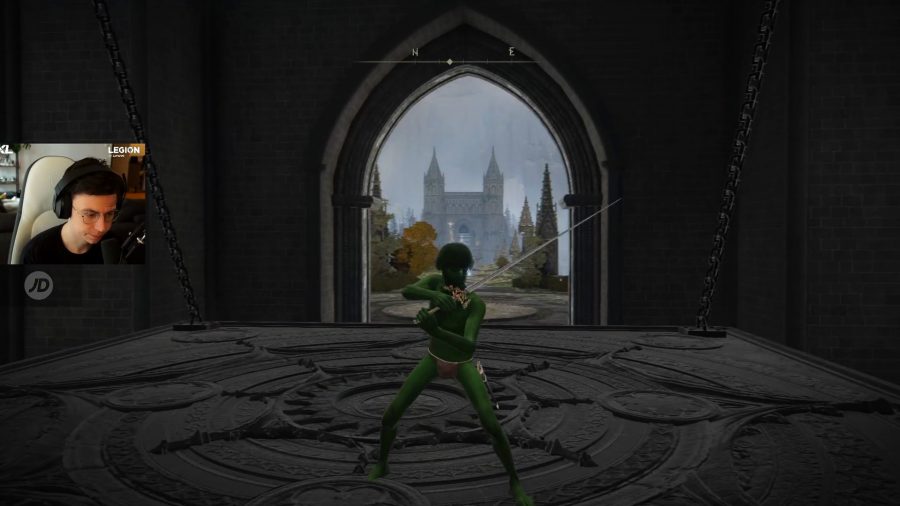 While he cites Marbles on Stream as the go-to for mass interaction, Caedrel wishes he could do more with LoL to spend more time with the denizens of Griefingdor. “Maybe some kind of big tournament in the Discord or something is a good idea,” he ponders, “but I don’t even know how much of my Discord plays League, so I should probably dig more into it.”

With thousands of viewers spamming away in Twitch chat, it can be easy for long-time viewers to get lost in the noise. Caedrel is ever-conscious of this, and ensures there’s always a special place for those who were with him from the beginning. “I’ll always remember the OG names,” he says. “As much as I like the new frogs – they’re always welcome – I’ll always stand by the OGs and read what they say first.”

Now a part of Excel, the organisation will certainly be looking to take advantage of Caedrel’s blend of educational and entertaining content. Currently running around Elden Ring’s Lands Between as a naked, bowlcut-donning frogman between co-streaming LCK games, he is certainly showcasing both.