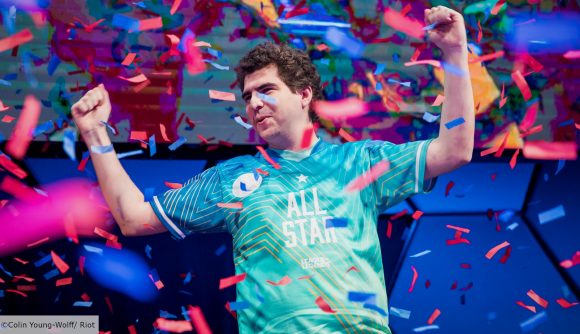 Fnatic’s top laner Gabriel ‘Bwipo’ Rau says that losing former teammate Broxah to Team Liquid is “bittersweet” and that he respects other European players for going to North America because no one will be able to challenge his team or G2 in the LEC.

In an interview with Travis Gafford, the Belgian went into detail about the departure of Mads ‘Broxah’ Brock-Pedersen, saying that he’ll be missed on the team and that he was “the best teammate in professional League of Legends.” The Danish jungler was snapped up by reigning LCS champions Team Liquid during the offseason.

“He’s a very reassuring man,” Bwipo says. “I think he’s the best teammate you can find in professional League of Legends. I think it’s his compassion for his teammates and how much he cares about everybody and tries to make sure that no matter what he just tries to make sure everything’s OK, that everyone can move forwards. And after he’s done that, he tries his hardest to win.”

Broxah is one of several LEC players who have made the move over to the North American league this offseason. When asked what he made of those moves, Bwipo says that he “respects” their decisions because they will never win a trophy in Europe.

“You [have to be] either G2 or Fnatic if you want a trophy and if you’re not you might as well go to NA to go find that trophy cos you’re not gonna win it here,” Bwipo boldly claims. “I respect it, you know. Do you really wanna compete for third? Does anyone wanna be like “yeah I’m competing for third…” No. Everyone’s aiming for the top spot, right, but realistically speaking looking at our two lineups, especially after this year, is anyone going to contest us?”

However, when pushed for an answer on which of the other eight LEC teams could challenge Fnatic and G2, Bwipo plumped for Excel in support of his side’s former coach Joey ‘YoungBuck’ Steltenpool.