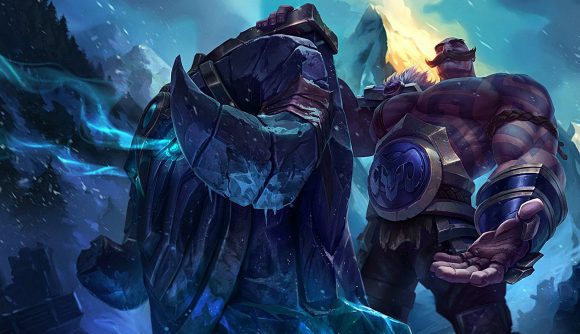 It can be one of the most infuriating aspects of League of Legends. You jump into some ranked play, ready for your team to pull together for the win and then you realise… One of your teammates is AFK.

But who are the main culprits? Well one user on the League of Legends subreddit, ‘ADamnTroll2,’ highlighted some data from League of Graphs that shows a surprising champion as the number one for AFKs in ranked.

With a 2.29% AFK rate, Braum tops the charts by some distance. Despite being a relatively unpopular pick as a support champion (Champion.gg list him as having a 1.5% play rate, making him the 22nd most popular support) Braum appears to cause more players than any other champion to AFK. In second is a champion who most would expect to be one of the main AFKers in Yasuo, who has a 1.79% AFK rate. He is closely followed by Master Yi, Nasus, and Kayn.

The top 5 champions AFK’d on are as follows: Braum, Yasuo, Master Yi, Nasus and Zed. from r/leagueoflegends

Meanwhile on the other end of the spectrum, Orianna mains AFK the least (0.91%), closely followed by Xerath, Ivern, and Corki (all 0.92%).

Braum’s high AFK rate comes as a surprise to many players, who don’t often associate him with this kind of behaviour in-game.

He does, however, have one of the lowest win percentages on the current patch for a support champion at 46.75%. If Braum players are struggling with the champion and are subsequently losing matches, then their frustration with him could explain why they choose to AFK.