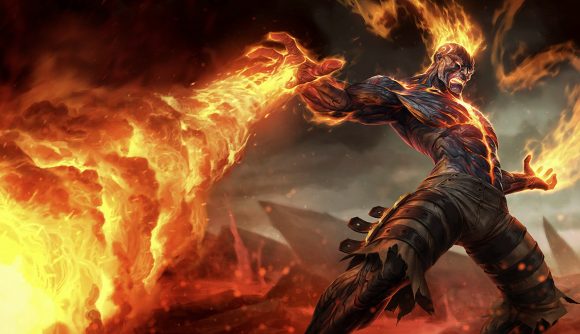 League of Legends Patch 10.4 was only released just last week but Riot Game’s lead gameplay designer Mark ‘Scruffy’ Yetter has already revealed the long list of targets for the next update to the game. It’s, perhaps, the most significant patch so far this season.

Riot is still aiming to encourage low-elo players to try the jungle role by giving more champions the tools to clear epic monsters in hopes that the added variety will encourage more players to try it. Joining the likes of Zedd and Garen will be Brand, Poppy, Mordekaiser and Darius. The first name on that list is particularly interesting as there still aren’t many AP junglers viable at the moment, with Elise, Ekko and occasionally Taliyah being the main choices.

It could mean we see less of Brand in the bot-lane which will make a lot of support mains happy. And they too will be delighted to see Alistar is getting buffed along with Sona, as the enchanter is having her recent hotfix reverted.

Sona, as well as Soraka, had become an issue in the top-lane which Riot was not pleased about. In a bid to ensure support items remain in only that role, Riot is making the passive effect of the Spellthief’s and Spectral Sickle line of items only work when an ally is nearby.

Some systems work to improve top lane impact and the usual pass on champion outliers. Nothing finalized yet, will have full changes tomorrow. pic.twitter.com/bcX84csxnQ

But some support champions are also being nerfed with Blitzcrank and Bard in Riot’s sights. The latter, who was released back in 2015, has never been directly nerfed before but with the importance of roaming and objective control in the current meta, Bard has been deemed to be a bit stronger than usual.

But perhaps the biggest changes of all in Patch 10.5 will be the attempted buffs to the top-lane. Scruffy recently spoke about his desire to make top-lane a more impactful role which will result in a host of buffs to top-lane items such as Titanic Hydra and Ravenous Hydra as well as melee-only buffs to Blade of the Ruined King and damage dealt to turret plates. And on top of that, Sett and Ornn are both receiving nerfs as both are far too strong at the moment.