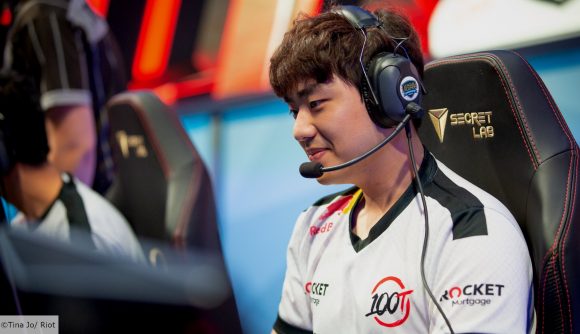 Bae ‘Bang’ Jun-sik will remain in the LCS next season after being announced as Evil Geniuses’ new AD carry, signing from 100 Thieves.

South Korean Bang, who won back-to-back Worlds titles with SK Telecom in 2015 and 2016, is Evil Geniuses’ third signing of the transfer period after they acquired Dennis ‘Svenskeren’ Johnsen and Tristan ‘Zeyzal’ Stidam from Cloud9. Evil Geniuses only entered the LCS a couple of months ago after buying up the spot left by Echo Fox.

“Our newest acquisition is no stranger to Worlds domination,” read the Evil Geniuses announcement post on Twitter. Bang, who is considered one of the top AD carries in the North American league, was part of an under-performing 100 Thieves side in the 2019 summer split that finished eighth in the league, but joins a team with big ambitions and a seemingly large wallet of cash. The amount that was paid for Bang, or details of his contract, hasn’t been disclosed.

Our newest acquisition is no stranger to Worlds domination.

Welcome to the team, @Bang. We see more championships in your future. pic.twitter.com/TiPlaJsqav

The 23-year-old’s championship-winning experience will be a valuable asset to Evil Geniuses, who look to be eyeing up a rapid rise to the top of the LCS.