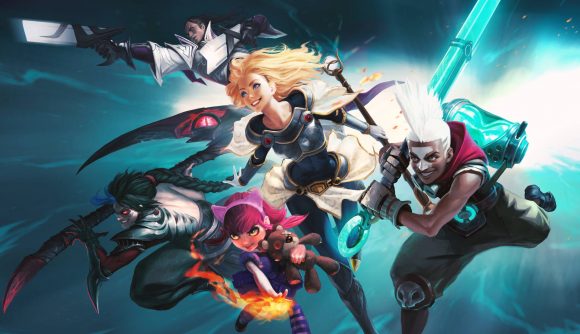 US politics is heating up at the moment, with the Donald Trump impeachment trial and the 2020 election campaign dominating American news, and it looks like a couple of representatives are playing League of Legends in their spare time to wind down from their manic days.

Last night (November 13), Alexandria Ocasio-Cortez, a Democrat from New York, shared an Instagram story celebrating her rank up to Silver IV. The congresswoman, who admitted in the past that she likes playing Morgana, Lux, and Miss Fortune, is clearly working her way up through the LoL ranks, reaching the third (and most common) ranking level in the game.

Last October, Ocasio-Cortez revealed on Twitter that she was only Bronze V, so she’s clearly been grinding hard to improve her lane-game, despite the limited amount of time she has to play.

The League of Legends community has reacted positively to the news, with G2’s founder, Carlos ‘Ocelote’ Rodríguez Santiago inviting the politician to visit G2 Esports the next time she’s in Berlin.

I finally made it to Silver🥈😭 https://t.co/nN5s1HENDv

Ocasio-Cortez joins Jared Polis, the Governor of Colorado, and Josh Harder, a California Democrat, in sharing their love of League of Legends. Although it looks like AOC has a long way to go to catch up with Harder, who apparently boasts the Platinum title on the Rift.

As Harder tweeted, maybe Congress would work better if politicians had to work things out on the Summoner’s Rift, instead of in Congress.