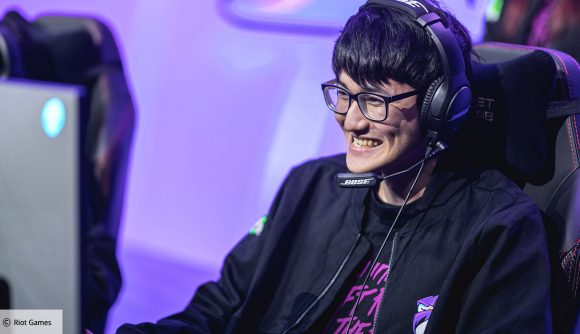 Despite delivering a star-studded cast of current pros, retired veterans, and top influencers, the 2020 League of Legends All-Star event has witnessed a drop in viewership for the second year in a row.

This year’s event saw the adoption of a new format consisting of Underdog Uprising and Superstar Showdown. The former pitted smaller regions against their geographically-closest powerhouse region, while the latter featured matches between some of League’s top players, most beloved retirees, and most notable influencers.

Unfortunately, despite Riot returning to all-pro teams and removing Teamfight Tactics from the event following fan feedback last year, the event continues to underperform. According to Esports Charts, 2020’s tournament registered a peak of 230,000 viewers; a 20% drop from last year’s tournament. Average viewership has also dropped drastically, with 127,000 viewers tuning in concurrently; a near 40% drop from 2019.

While All-Star was promoted heavily on LoL Esports social channels, it once again lacked visibility in community hotspots like Reddit. However, the response from parts of the community appears to be more positive than last year, too, with Redditors lapping up the return of veteran Liu ‘Mlxg’ Shi-Yu, the roast of Kevin ‘Professor Akali’ Maroufkhani by David ‘Phreak’ Turley, and of course Lee ‘Faker’ Sang-hyeok’s Nunu shenanigans during the LCK vs LPL Superstar Showdown.

With Worlds once again racking up huge viewership numbers this year, it is disappointing to see All-Star dip once again. However, Riot has shown with this year’s tournament that it is willing to listen to community feedback and make appropriate format changes. We just hope that, when normality returns and All-Star players can interact face-to-face, the lure of the event will strengthen once again.