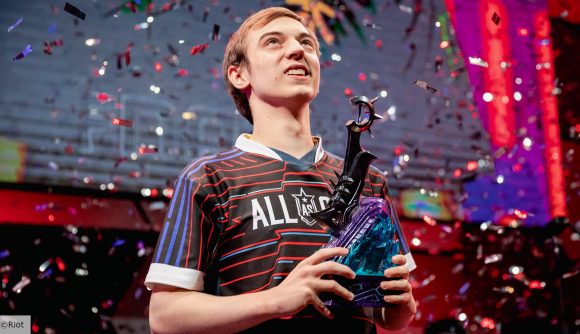 The lineup of professional players and influencers for the 2019 League of Legends All-Star event has been announced by Riot.

The event showcases a number of exhibition tournaments in everything from traditional 5v5s, to 1v1s, to Tandem mode and is a celebration of the past year of League of Legends. Through a combination of public votes and invites from Riot, some of competitive LoL’s biggest names will be in attendance alongside well-known streamers and content creators.

Each LoL region will be sending at least two players to the event, which runs from December 5-7 at the HyperX Esports Arena in Las Vegas. There will, however, be two notable absentees from the North America region. The two LCS players with the most votes in the public poll, Team Liquid’s Yiliang ‘Doublelift’ Peng and Team SoloMid’s Søren ‘Bjergsen’ Bjerg, have both declined their invitations. While Bjergsen blames his absence on a bootcamp in China, Doublelift has claimed that going as a competitor is “a tonne of work” but that he’ll still be going as a guest. He had previously described the event as “working for free.”

Watch your favorite pros and personalities compete across 1v1, TFT, Tandem, Assassins, and URF at #AllStar2019 from December 5 – 7! pic.twitter.com/9PJEq52xeT

Worlds champions FunPlus Phoenix will have two of their players representing the LPL in Gao ‘Tian’ Tian-Liang and Kim ‘Doinb’ Tae-sang. They will be joined by Kang ‘TheShy’ Seun-kok of Invictus Gaming and Jian ‘Uzi’ Zi-Hao of Royal Never Give Up.

And would an All-Star event be an All-Star event without three-time Worlds champion Lee ‘Faker’ Sang-hyeok of SK Telecom? He is one of three LCK players heading to Vegas and will be joined by Kim ‘Clid’ Tae-min and Han ‘Peanut’ Wang-ho of Gen G and LGD, respectively.

The swathes of pro players will also be joined by a number of influencers, including Tyler ‘Tyler1’ Steinkamp and Jeremy ‘Disguised Toast’ Wang.

The full list of pros can be found below: