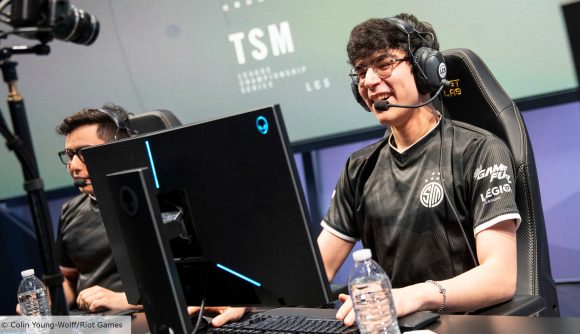 Dignitas has just signed Josh ‘Dardoch’ Hartnett, a League of Legends jungler, to the team after quite the buzz surrounding his future. Now that he’s confirmed to be moving over to Dignitas, fans are wondering if he is going to be on the roster for LCS, and honestly, no one knows yet.

While streaming Matthew ‘Akaadian’ Higginbotham expressed frustration with people asking him if Dardoch was replacing him, and explained the situation in full, including how the LCS player will be decided in a week-long tryout process. “He’s not like for sure replacing me on the team,” he says. “The entire Dignitas org, like all the players, we’re doing like a week – I think it’s about a week – where all the players play with each other in scrims and then after that, the coaches will decide who the best player in the role is and just try to build the best team for LCS. So that’s the situation I’m in.”

The player then goes on to talk about how this differs from the TSM setting, as both Dardoch and Akaadian joined Dignitas from TSM. “I’m not upset about it, I mean they approached me before,” he says. “It’s one week, it’s not the same situation we had on TSM where I’m playing half the amount of scrims and I’m switching constantly in LCS games. One player is going to be in the LCS team and one player is going to be in the academy team when this is over and I’m not bothered by it – it’s really fine. It’s not a six-man roster, it’s two teams.”

The academy team members can be switched out for the main team providing Riot’s rules are followed but from what Akaadian says, it sounds more like LCS will have a permanent team to preserve communication and synergy.

As we lead up to LCS Summer Split, we’ll find out who performed better, and if Dardoch is a good fit for his new team.