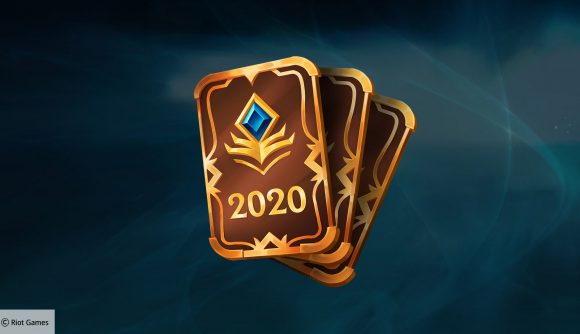 Riot Games has announced that it will be retiring the current Prestige Point system in 2021, paving the way for a “new model” to be implemented after the 2021 mid-year shop closes.

Prestige Points were first introduced on patch 9.1 at the beginning of 2019, following the release of Prestige skins for K/DA Kai’Sa (2018 Worlds Pass) and K/DA Akali (2018 Snowdown). Players could initially pay real money for the points in order to acquire Prestige skins – golden alternatives of certain skins – for a limited number of champions.

Although the system was designed to make players feel special for owning cosmetics that were only available for a limited time, the community was outraged by the ‘pay-to-skin’ model used to acquire them. This would prompt Riot to later alter the model so that tokens from event passes could also be used to buy into the system as had been done for Kai’Sa and Akali.

Riot product manager Ken Adams posted an update to the official LoL website yesterday, revealing plans to remove the points. However, points earned this year will remain until the system is canned. “With less than half the year to obtain points and less than half as many options to choose from compared to 2019 and 2020, we thought it’d be unfair to create a 2021 edition of Prestige Points,” Adams writes. “Extending 2020’s points and giving you additional options to choose from felt like the right course of action.”

We're making some significant changes to the Prestige system next year, including retiring Prestige Points and changing the way you acquire Prestige skins. Check out the article for details!https://t.co/3yq3txthAn

While Adams does not expand on the sort of system which will supersede the points, and has yet a set date for its release, he does at least offer a timeline of events leading up to its implementation. Those hoping to stave off the temptation to invest their points into skins until a later date can now do so, as Adams also notes that 2020 Event Prestige skins will be available for purchase in the 2021 mid-year shop. Adams finally confirms the next batch of champions who will receive Prestige skins in time for May/June’s shop: Fiora, Leona, and Lulu.

There will also be a new Conqueror skin available for Prestige Points in 2021. Although Adams states that they still haven’t decided which champion this will be for yet, the team will be “considering champions that had an impact on pro play in 2020.” For now players can look forward to the release of Star Guardian Soraka’s Prestige Edition skin on patch 10.24, while Diana will also receive an event Prestige skin on 10.25 (theme pending).

Players hoping to cash in on their Prestige Points before the year’s end can do so starting from December 9 when the end of year Prestige Shop opens, until January 28 when it closes. This year’s shop will feature Orange Essence, Hextech Keys, icons, an animated K/DA ALL OUT Kai’Sa Prestige emote, and an assortment of grab bags.