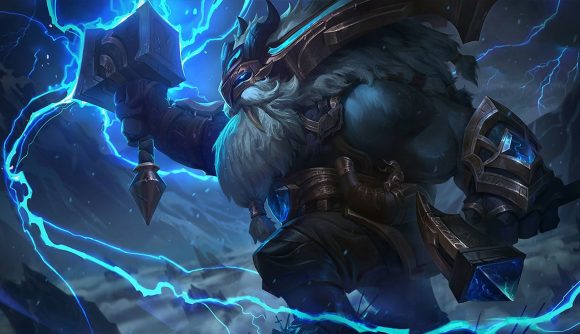 With 2019 seeing over 100 skins added to the game, the League of Legends design department has pledged that it will attempt to go even further this year and release around 120 skins.

In an update video from lead personalisation producer John ‘Bellissimoh’ Belliss, fans were presented the roadmap for the year ahead for skins and in-game events. As well as promising to increase the total number of skins produced, Bellissmoh claims that the team will be targeting some of the most neglected and forgotten champions to give them some long anticipated new skins. He lists 16 champions, some of which have gone almost five years without a skin, which the team are aiming to include in 2020 releases.

This includes the two champions who have waited the longest for a lick of paint, Skarner and Xerath, who both last received skins in April 2015. Other notable champions on Bellissimoh’s list include one-skin-wonder Ornn and Mordekaiser, who hasn’t received any attention since 2015.

The full list of champions that “haven’t seen skins in a while” given by Bellissimoh is: Skarner, Xerath, Mordekaiser, Kindred, Rek’Sai, Vel’Koz, Karthus, Sion, Twitch, Taric, Pantheon, Nautilus, Trundle, Bard, Ornn, and Taliyah.

Bellissimoh say the overall objective is that “champion mains can count the time since they last got a skin in months, instead of years.”

The video also sees Bellissimoh go into detail about plans for future themed events and dives into the design team’s thinking behind 2020’s first event, Mecha Kingdoms. He explains that the motivation behind Mecha Kingdoms was to appease both Western and Eastern audiences, as previous skins from Lunar New Year-inspired events were often targeted solely towards those in Asia.

It looks like we’ll have another bumper haul of skins to enjoy in 2020, and those who main champions that have been neglected will finally have their patience rewarded.