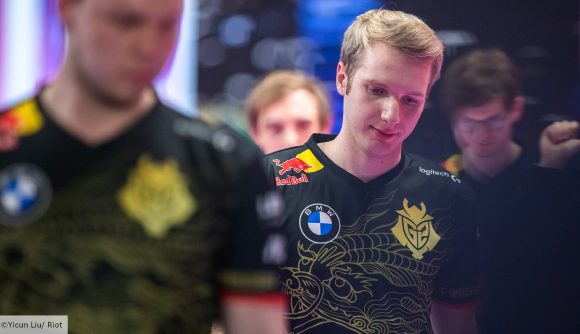 Both matches in League of Legends Worlds semi-finals saw a peak of over 2.4 million viewers, with G2 esport’s loss to DAMWON Gaming (DWG) attracting a tournament peak of 2.7 million viewers. These figures trounce those seen at Worlds’ quarter-finals, but don’t come close to G2’s semi-final match last year against T1, which pulled in 3.9 million viewers.

The average number of viewers tuning in to watch their favourite LoL esports teams duke it out is also a substantial 1,040,999. That’s less than 2,000 viewers away from last year’s Worlds average viewers. This all translates into a mind-melting 124,919,792 hours watched in total, which is like watching G2’s 18 minute final game against DAMWON on repeat close to 7 million times. This years Worlds tournament has also seen some consistent increases in peak viewership across all the matches. No team in the top four has seen a drop in peak viewership from one match to the next.

Given the popularity of Worlds this year, it would not be surprising if the final between DAMWON and Suning attracts more viewers, edging closer towards the 3 million mark. As for the number of viewers on each platform, YouTube has a substantial lead at 1,390,473 peak viewers, compared to Twitch’s 1,239,005 peak viewership.

G2’s loss now means that there are no European teams in the grand final, the first time this has happened since Worlds 2017. We don’t anticipate that this will affect the viewership numbers too much, even though 939,540 peak viewers coming from English speaking users. The 2017 Worlds final between T1 and SSG increased the number of peak viewers by over 400,000 from that tournament’s semi-finals stage.

No matter how many watch the final, we’re very certain that all 12 LoL Worlds fans with perfect Pick’ems for this year’s tournament will be tuning in to see if their grand-final pick completes their flawless prediction for Worlds 2020’s outcome.