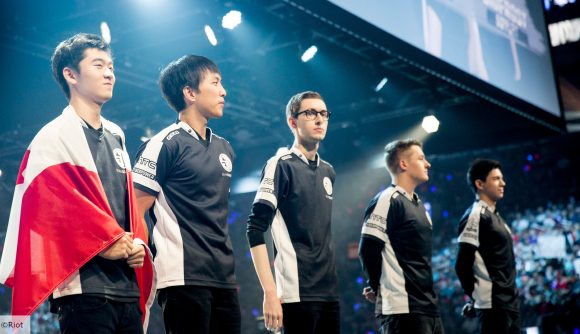 The coronavirus pandemic may have cancelled or postponed some of our favourite esports leagues and competitions, but most are thinking up unique ways to keep fans entertained while they wait for action to resume.

In the LCS, in-houses featuring dozens of pros were shown, with players breaking the ranks of their organisations to team up with old friends and teammates. One of the most exciting prospects was the chance to see the reunion of Team SoloMid’s 2016 team, and the roster that won Summer Splits in both 2016 and 2017 together didn’t disappoint.

Winning both their games, the old dream team of Yiliang ‘Doublelift’ Peng, Soren ‘Bjergsen’ Bjerg, Vincent ‘Biofrost’ Wang, Dennis ‘Svenskeren’ Johnsen, and Kevin ‘Hauntzer’ Yardell gave TSM and LCS fans alike a throwback to when they were North American League of Legends’ most dominant force. All members of the reunited team had plenty of friendly trash talk for each other as you can see in at the start of this video, covering everything from their age to being dropped (*cough* Doublelift *cough*).

celebrating a 2-0 weekend with the boys pic.twitter.com/8S67AAOgRn

The TSM reunion went down extremely well with fans and over 50,000 of them piled into Doubelift’s stream at one point to watch the action, as well as even more watching the official stream from LCS host Ovilee May.

While the LCS will likely resume again soon in an online format, at least fans are still being treated to some LoL action in the meantime. The idea of reforming old god squads of the past could now spitball and other former rosters could end up battling together if the in-houses return.