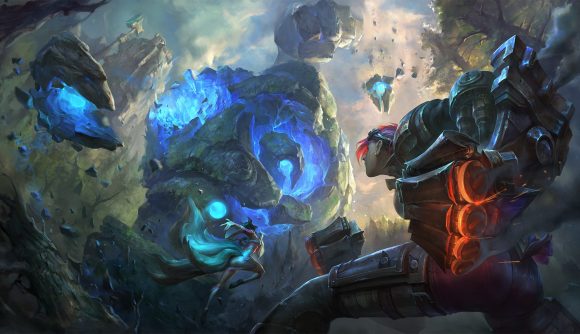 William ‘Meteos’ Hartman has announced his departure from the 100 Thieves League of Legend team yesterday. The player, who had his disagreements with the organisation, has left with a statement clarifying that he is not yet joining another team although he has had the opportunity to do so.

Meteos has played as a jungler for 100 Thieves since late last year, although he did have a stint as a 100 Thieves member previously in 2017-2018. The player’s TwitLonger says that the problems with 100T began with the team not performing well in the 2020 summer season.

The team decided to bench Meteos in only week three of the season and he took to Twitter letting his “emotions get the best of” him. “It was unprofessional and I take full responsibility for that mistake and accept any consequences that come from it,” he says in the post.

He was then moved to the Academy to train and then at week six, 100T introduced Shane ‘Kenvi’ Espinoza to the roster too – which would split the training time between the two junglers. At this point, Meteos says that he’d “rather let [Kenvi] have the spot since splitting time wouldn’t be ideal for either of us, or the rest of the team.

“I let the team know that I’m available if they need anything, but I’m confident that they’ll do well without me. I was also given opportunities to talk to other LCS teams but decided that joining on such short notice wouldn’t be great for myself or the team.”

100 Thieves has also made a small statement on the matter on Twitter. “We’ve evaluated many options with Meteos and have agreed that it’s best for both parties to part ways. Thank you for your time with 100 Thieves, Will. We wish you the best in the future.”

We’ve evaluated many options with @MeteosLoL and have agreed that it’s best for both parties to part ways. Thank you for your time with 100 Thieves, Will. We wish you the best in the future. pic.twitter.com/r0x2tqoNNw

So what’s next for the player? It looks like he’s going to wait until the time is right to get back into professional LoL, which might be next year but he’s also looking to get back into streaming. He’s even looking to do desk analyst appearances or co-streams of LCS and other big League events. All-in-all it seems that Meteos will keep himself busy, no matter what he decides to do next.