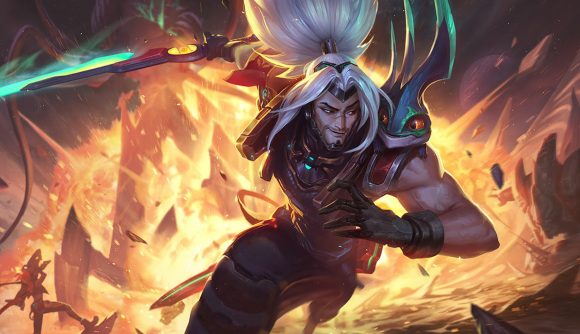 The mid lane in League of Legends has been in Riot Games’ sights for a while now, but it looks like the planned changes to the lane, which were due to drop alongside patch 10.13, have been postponed by the design team so they don’t impact the professional game.

As part of the changes, Riot planned to reduce the number of cannon mid spawns for the first 15 minutes to every fourth wave, rather than every third wave to bring it more in line with other lanes. The minions would also move slightly slower to the lane to reduce clear and roam potential, but League of Legends designer Mark ‘Scruffy’ Yetter says although the team is happy with the above changes, they’re being delayed until after Worlds 2020.

“With the extra time we can strike the right balance with mid lane roaming and influence and build in long term systems that let us adjust position power more easily,” Scruffy says in his Twitter thread. “Our reasoning for the pivot is to avoid disrupting the pro game too significantly late in the season.

“Also draining resources from mid while not increasing roams was going to be hard to accomplish with simple fast changes. These goals push against each other.”

With the extra time we can:
1. Strike the right balance with mid lane roaming and influence
2. Build in long term systems that let us adjust position power more easily (avoid a situation like last preseason where we wanted to buff top but had to buff all solo lanes)

Worlds is due to take place in six cities across China this year at the end of the regular season. A formal date for the tournament hasn’t been revealed yet, but the previous two tournaments took place over four weeks between October and November.

So if you’re a midlaner, don’t worry – you’ve still got plenty of time before the changes come into effect.