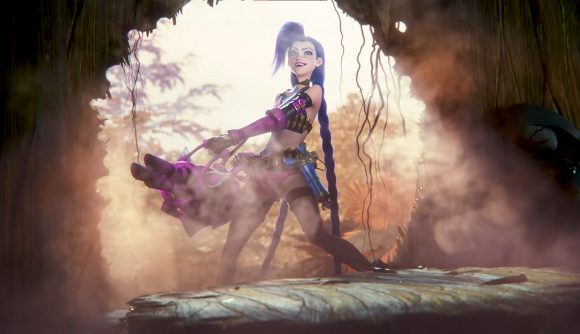 League of Legends is arguably the biggest esport in the world, but Riot Games is wasting no time in getting its younger sibling, Wild Rift, all caught up. Wild Rift brings the LoL experience to mobile devices, and has already attracted a large playerbase. It has also seen a few regional competitive tournaments hosted already. But Riot wants to put it on the global stage as quickly as possible.

During today’s media broadcast ahead of MSI 2021 and the Valorant Champions Tour Stage 2 Masters in Iceland, Riot revealed that not only would all regions have competitions up and running by this summer but that a large international event will be held towards the end of 2021.

While there was little concrete information on size, host cities, or dates, global head of esports John Needham says that Riot is “committed to a Wild Rift global esports event in the fourth quarter of this year.”

The best teams from each region will compete at the event, which will be the first international Wild Rift competition and will crown a world champion.

Good news for everyone enjoying @wildrift! 👀

Esports tournaments will kick off this summer with regional competition that will qualify teams from around the world into our first-ever international tournament later this year. More info coming soon. pic.twitter.com/A43ryBNS4j

Global head of Wild Rift esports, Leo Faria, also says that with the announcement of a global event and that all regions will have competitive infrastructure by June, he “expects some of the biggest names in esports” fielding teams in Wild Rift.

The Wild Rift competitive scene has already exploded in Southeast Asia, which is typically one of the biggest markets for mobile gaming, but with Riot ramping up efforts across the globe and mobile esports becoming increasingly popular, it might not be long before Wild Rift is boasting world championships just as extravagant as its bigger brother.