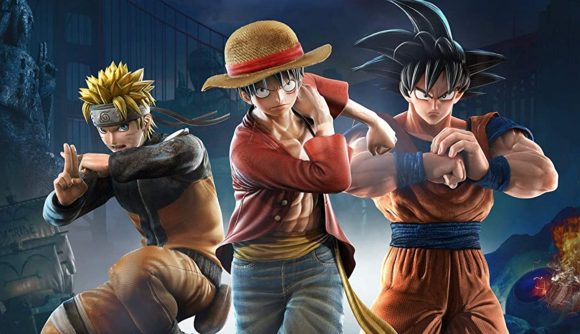 Ora-ora-ora – Detroit Smash! Don’t mind that, that’s just the sound of Jotaro Kujo from JoJo’s Bizarre Adventure: Stardust Crusaders fighting All Might from My Hero Academia in the iconic fighting game that is Jump Force. Sadly, that dazzling spectacle is one that many fans may miss out on due to the fact that Bandai Namco will be delisting this game from all digital stores on February 8, 2022.

This is a real shame because we’ll be losing a slice of both anime and videogame history in one fell swoop. Plus, while you may still find physical copies of the game afterwards, there will be no way of downloading the game’s DLC once it’s been removed, meaning that you’ll never get to enjoy playing as all 14 downloadable fighters. On top of that, all the game’s online features (leaderboards, ranked matches, online events etc.) are going to be discontinued, so the window of time in which you can fully experience the game is growing smaller all the time.

If this is a game that’s been on your radar since release, but you’ve never actually gotten around to buying it, then make sure that you buy your copy before it’s too late. You don’t want to find yourself looking back in years to come, filled with regret that you missed your only chance to play Jump Force.

Right now, you can still buy Jump Force via the following retailers:

As its impending delisting will have no doubt boosted interest in the game, it’s likely lots of people will be getting it for the first time during the next couple of months. Hopefully lots of people will discover and enjoy this game, enabling it to join the ranks of the best fighting games of 2021. Let’s help Jump Force go out with a bang.