The fact that China has the same word for ‘crisis’ as it does for ‘opportunity’ isn’t actually true, but the idea behind it certainly is. When things are at their worst, new pathways forward can often emerge. Scott Warfield, NASCAR Gaming’s managing director, knows that more than most.

When the global pandemic hit, sports were at the epicentre. The NBA was the first major sports company to shutdown in America, with several athletes the first big names infected with COVID-19 in the country. In the UK, the Premier League paused after Arsenal manager Mikel Arteta tested positive. Sports have the attention of the world, and they were many peoples’ first exposure to the severity of the disease.

Not only that, the absence of sport left a huge hole, both in the television calendar and in people’s lives. Most sports tried to patch this up with highlight reels, re-runs, and virtual round tables. NASCAR though, had other ideas.

NASCAR postponed its track racing season back in March, in the same week as the NBA. However, rather than start showing highlights from last year’s races, it partnered with iRacing to pivot to esports, meaning fans wouldn’t lose out on the racing experience. “We pulled something off in five days some people would take five days or five months,” Warfield tells The Loadout.

This wasn’t just a switch from real driving to virtual driving – itself a massive challenge when it comes to maintaining a fanbase, working with sponsors, and keeping television access – but it was a switch for most of its drivers too. The pivot to virtual races saw many of the sport’s biggest stars, like Dale Earnhardt Jr, Kyle Busch, Denny Hamlin, Clint Bowyer, Kyle Larson, and Christopher Bell, make the switch while their actual cars were locked away. 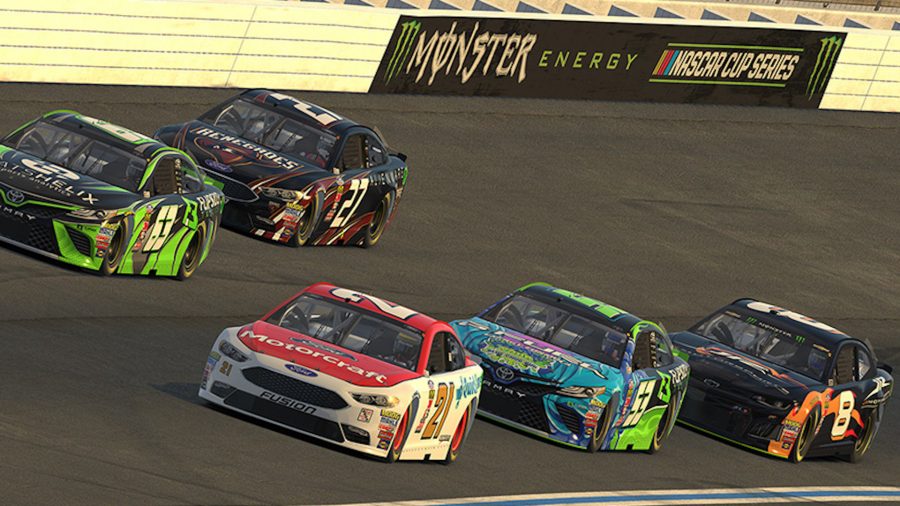 Warfield highlights Bowyer especially as an example of how NASCAR and esports can come together and help grow the sport. “One of the most interesting pieces for me of this past spring was the role esports was playing in the development of the star power of our top athletes. At times, it can be tough to show who they are and their personality,” Warfield says, pointing out that drivers will usually be in helmets, with visors down, in their cars, “but you look at what Clint Bowyer did on the Fox broadcast and you saw a whole new side of him on the iRacing rig. I think as we start to make these household names, a big question is the role esports can play in that.”

They're doing the same thing, they’re just not risking their life

Warfield also says that the increased safety of esports NASCAR allows the players’ personalities to come through even more, likening it to smack talk in the NBA: “They’re doing the same thing, [racing,] they’re just not risking their life. You see some of these clips coming out of the NBA where the guys are talking smack to each other in a game, and that’s fascinating star power development,” Warfield says. Several long retired NBA greats, like Charles Barkley, Reggie Miller, and even the legendary Michael Jordan, are still known for the their trash talk almost as much as their game, a testament to how effective showing your personality on the court – or the track – can be when it comes to establishing a connection with your fans.

Warfield is right to point to star power too; the esports wing of NASCAR has proven a massive success so far. They currently run two series (the Coca Cola series every other Tuesday and the iRacing series every Wednesday), and is averaging one million viewers per race, and frequently clearing 10 million for the highlights on their social media. While Warfield says their core product will always be “real cars on real tracks,” he feels esports could play a massive role in continuing to grow the audience amongst the younger generations.

“I look at esports the way I look at sports betting and social media. These are all tools to help us get younger and more diverse fans, and to expose the sport to a different audience. Not a lot of people grow up playing NASCAR; you shoot hoops, you throw a baseball around. We have to be really smart in terms of who we put our product in front of, and what type of product. Esports for us [means] shorter races, fun in nature. These are relevant ways for us to talk to a younger audience and hopefully get them to say ‘That’s pretty cool, I wanna go see that in real life’. This is breaking down that barrier to entry.”

If they can get this new generation hooked, Warfield thinks it will be through the unique opportunity esports offers, and that even as it recreates races, focus must be kept on the enjoyment of the viewing experience. “Esports cannot lose connection to the fact that this is supposed to be entertaining and fun, and keep that connection to a mainstream audience,” Warfield says. “It needs to be something that makes a 12 year old in Long Beach, California say ‘I wanna go to a race’.”

It’s certainly true that NASCAR has a higher barrier to entry – to play baseball as a kid you just need a stick and a ball, not a car and a racetrack – but at an esports level, it has an increased realism that games like FIFA, Madden, NBA 2K, or MLB The Show can never truly get close to. As Warfield explains, it’s important to lean in to the advantages that brings: “There’s no real comparison to other sports. The iRacing platform is so real compared to what happens on the track, and a time now when we’ve gotten away from practise and qualifying with the pandemic, but any practise you can get in the real world or virtually is going to help. It’s not uncommon for [the drivers] to jump on iRacing to familiarise themselves with the new tracks.”

As well as understanding that to grow the esport on an audience level, Warfield also understands its uses as a training tool for drivers, “Our esports are used by our top athletes as a development tool, as seat time, so it’s something we probably need to lean into even more heavily to, because there’s nothing out there which can replicate it with stick and ball sports.” 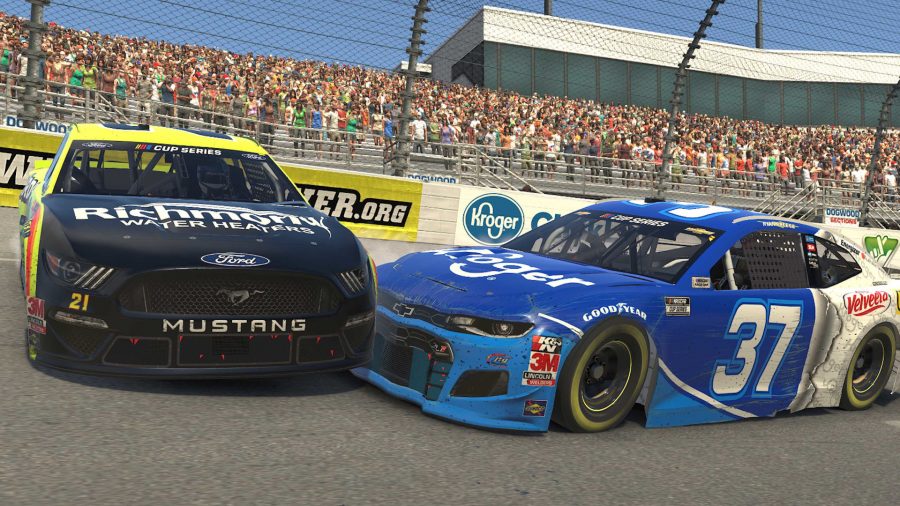 While Warfield admits that NASCAR has benefited hugely from the already established infrastructure around esports in general, he does feel that it can be a symbiotic relationship too; “I think in places, NASCAR can bring legitimacy to esports. There’s still a reputation in spots around esports, and I think when global sports leagues like NASCAR, NBA and FIFA get involved, it provides a level of legitimacy. I don’t mean that in a negative way, it’s just that there are some people out there who don’t believe this is a big time business or something kids can go to school for.” As for why NASCAR is so uniquely placed in that regard, Warfield says, “I think because of the correlation between real life and virtual, it brings a different audience that could come and check out esports. So I think we’re helping legitimise it as a TV product.”

I think in places, NASCAR can bring legitimacy to esports

As for next steps, Warfield thinks it’s less a case of reinventing the wheel and more a case of keeping the momentum. There’s no need for any drastic changes to be made as regular racing resumes, but instead eNASCAR and NASCAR itself just need to move into even closer synergy. “I would like to believe that we’ll further integrate our esports brand into our company, into the garage. Our core product is always going to be real cars on real tracks, no doubt about it, but one of the by products of this horrible time is that you took this entire sport that was built to promote real cars on real tracks, and you had this whole ecosystem that just moved over to promote virtual cars on virtual tracks. I don’t think you just lose that overnight, and now that we’re back to real racing, we’re still getting the same level of support.”

How do you do that? Warfield already has the answers; “I think you have to find moments to tie the esports and the IRL racing together. Last week we did an exhibition laps of the Daytona race course on the iRacing side, and it was incredibly well received because it was basically a preview for the IRL. I think more of that where you can inject real drivers into the esports and and take the esports drive into real life racing.”

Though eNASCAR was thrust into the limelight in less than ideal circumstances, it certainly made the most of its moment, and could continue to have ripple effects throughout NASCAR and esports in general for years to come. We’ll never have another season like this one, but eNASCAR made sure it was memorable for the right reasons, as well as the inevitable wrong ones.