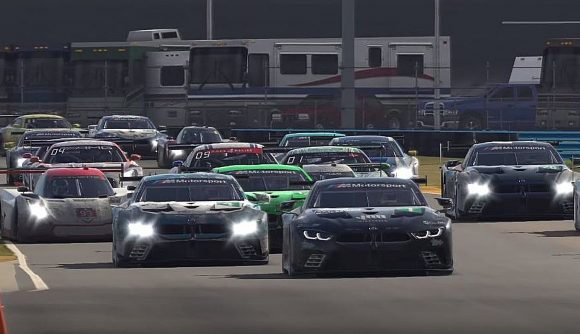 Competitors in a 24 hour sim racing event gave a wholesome tribute to a fellow driver who died earlier this month.

Argentinian sim racer Martin Solari, who competed for the Williams JIM Esports team, had apparently spent “several years fighting serious illness” according to a statement from his team that broke the news of his death on January 12. In remembrance of Solari, all the drivers on track at the 24 Hours of Daytona event grouped together following the checkered flag for a parade lap of the circuit, led by the Williams JIM car that had been competing in the race.

“Look at that,” says caster Connerey Maddick as the cars form up for their collective lap of honour. “Something a little bit special for you here ladies and gentlemen… It’s been a very tough week for Williams JIM Esports, but this is a very good gesture from the teams and from the drivers to be able to make this happen.”

The Williams JIM Esports team finished the race in fourth position, with one member of the team and fellow Argentinian Agustin Canapino, tweeting after: “We put everything and a little more for our partner Martin who gave us strength from above.”

The grid included some of the biggest names in sim racing, including Formula 1 driver Max Verstappen, who was driving for Team Redline.