If you look at the growth of esports across the world, you’ll notice the United Kingdom is lagging behind other countries, and that’s something Intel wants to change. By powering grassroots teams and initiatives, Intel hopes to grow the UK’s talent pool and deliver premier tournaments and opportunities to the country’s willing audience.

To test the water for esports enthusiasm in the UK, Intel teamed up with ESL to deliver the first big tournament in the country. And it delivered. Within 24 hours, 20,000 tickets had been sold for ESL One Birmingham, a Dota 2 tournament that brought some of the game’s best teams to Britain. From that point onward, Intel knew it had to do more for UK esports.

“I think the community in the UK has been quite vocal that we don’t have big esports tournaments like there are in other countries,” Scott Gillingham, UK Gaming and Esports lead at Intel, tells The Loadout. “In 2018, we decided to bring one here to the UK. And Birmingham 2018 was the fastest-selling ESL One tournament globally for ESL – it sold out in 24 hours. And I think, in some ways, we were all a bit… surprised.

“And again, this year, we had over 24,000 people attending, and it broke records for the best viewership at an ESL One Dota 2 final. And it’s something that we will continue to do now.

“For us, it’s getting the UK on the map as an esports destination. We’ve proved that tournaments like ESL One can happen and work. Then it’s working with the ecosystem and enabling more tournaments to come here because there is a massive fan base.”

To make the UK an esports destination, Intel needs to continue to bring big tournaments to the country with ESL, support a dedicated esports venue, and support the grassroots esports scene, which is quietly ticking away in the background. 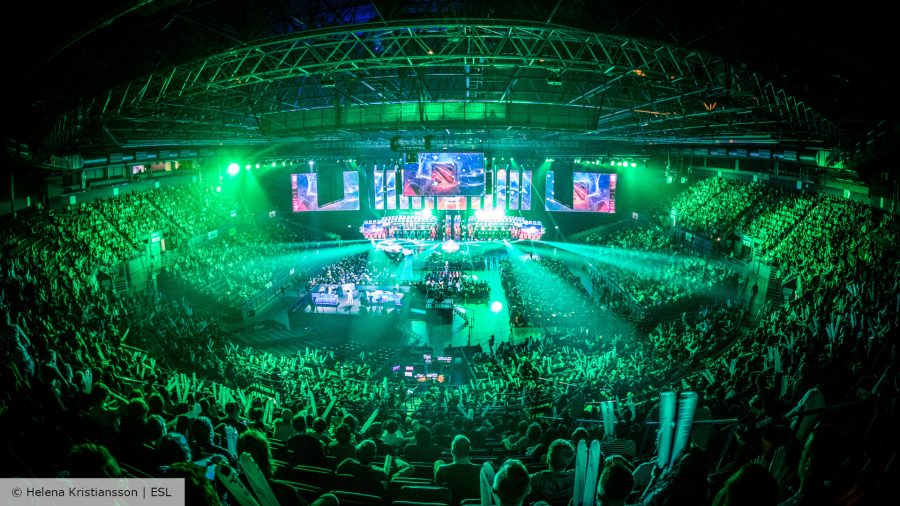 “I think there’s been a real growth of esports passion within the education space,” Gillingham adds. “So we see that growing and there’s a real ask for esports in the education sector, and we’ve seen that happen in the US kind of five years ago. And I think here we see it happening more in the university space.

“The NSE coming on board [in the] beginning of 2018 showed us that there is a real passion for universities want to compete against each other. The really interesting thing about that is we got involved because yes, it’s supporting grassroots esports, but each university has to run their own league. So they have to deal with the broadcasting the shoutcasting, the team management, the production, etc. So it’s building a part of skills pipeline for the UK esports industry and that’s something we’re focused on.”

Bolstering talent in the UK is only a good thing for the British esports scene as the industry continues to expand at an incredible rate, and it’s good to see one of the industry’s biggest players get involved with that growth.