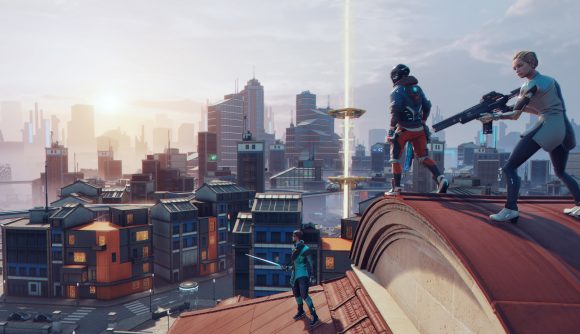 September 10’s Ubisoft Forward showcase will reveal a swathe of new information, changes, and even “surprises” around some of the developer’s most popular games, including Hyper Scape and Rainbow Six Siege.

While single-player titles such as Watch Dogs: Legion and potentially the new Assassin’s Creed game will also feature, we’re really interested in some new juicy details on some of Ubisoft’s multiplayer titles. Twitch-integrated battle royale Hyper Scape, which yesterday received its first big update since fully launching in August, has failed to sustain the initial popularity it experienced on the streaming platform. Some new details in terms of where Ubisoft might take the Crowncast Twitch extension, which allows viewers to manipulate in-game events, may see more eyes swivel in its direction.

More news on Rainbow Six Siege will also be revealed during next week’s Ubisoft Forward, and this will likely revolve around the shooter’s next Operation, Shadow Legacy, which is being billed as a game changer for Siege.

There will also be a few nuggets of info on The Division 2 and Ghost Recon Breakpoint in the pre-show for fans of those two titles.

Of course, as is customary these days, rewards will be offered to viewers of the showcase to entice people to come and watch. These include a Refract Baton for Hyper Scape players and a weapon charm for Siege fans. You’ll have to be logged into your Ubisoft account while watching the stream to get these rewards.