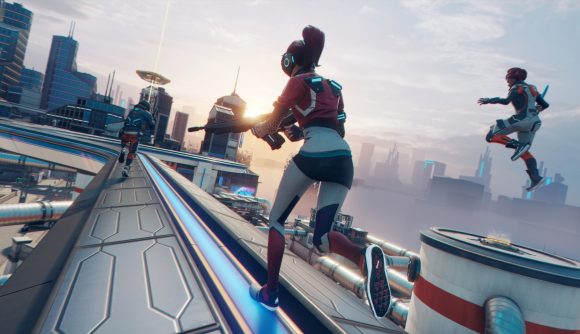 It’s safe to say all gamers are now aware of battle royales. From Fortnite to Apex Legends, from Warzone, to PUBG, the FPS sub-genre has had a good run ruling consoles and PC. And now Ubisoft is gifting us another. Hyper Scape is the latest game to inspire King of the Hill style challenges and you can play it right now as it’s in open beta.

The premise of Hyper Scape is a little more ‘Ready Player One’ than you might expect. From the cinematic trailer that appeared in the Ubisoft Forward conference, it seems that Hyper Scape is the name of an online version of reality to escape a dystopian real world. In this virtual reality Crown Rush, the battle royale mode, is a place where “anyone can become someone”. Get good at Crown Rush and it changes your life.

As fun as it is, there are also rumours of more sinister happenings in the Hyper Scape, and it sounds like that’s going to be the story players will uncover season to season as the game progresses.

The things that make Hyper Space different from other battle royales, is its condensed vertical setting and its streaming integration. The first is a change from the sprawling fields you have to sprint across in games like Fortnite or Apex Legends, as it takes place in Paris and level-ups deliberately drive players upwards to take advantage of the sky rather than the land. 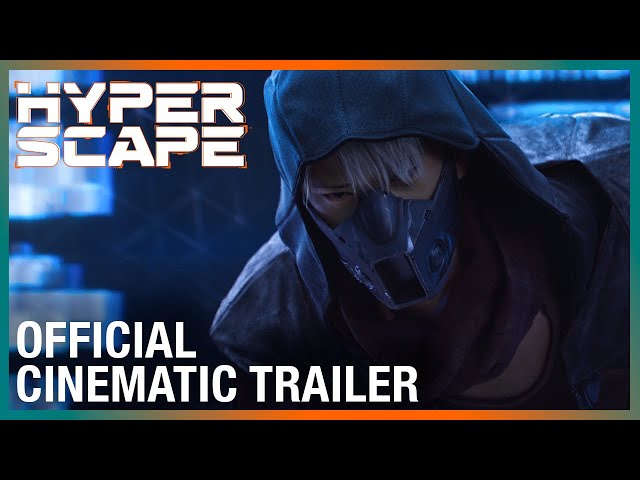 The streaming integration, or Crowncast, of Hyper Scape, is the ability for viewers to contribute to game-changing events. From Ubisoft’s blog, “Crowncast allows viewers to impact matches in real-time by voting on in-game events that affect all players, like turning on low gravity or giving everyone the ability to triple-jump for a limited time. Viewers can also earn in-game rewards just by watching, and streamers can invite viewers to party up with them, all through Crowncast.”

It’s an exciting adventure into what is capable with Twitch and battle royales and you can download the beta here. Sadly we haven’t heard more about the Hyper Scape release date, but it’ll come sometime this summer.