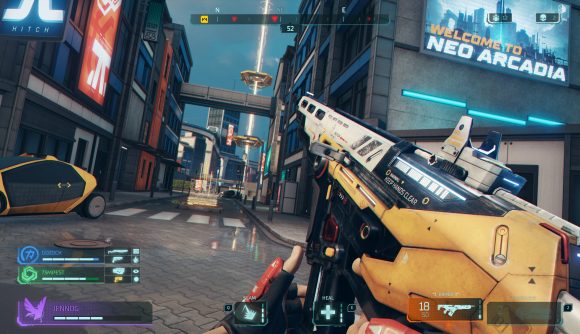 Hyper Scape is the latest game captivating the attention of Twitch, and while we’ve certainly heard lots about the PC version, we’ve not heard much about it on console and the potential of cross-progression – that is until now.

At the moment, Hyper Scape, which is due to release later this summer, is in a technical test phase on PC. However, according to the Ubisoft team which was answering questions on an AMA on Reddit, players will still be able to keep their progress (and their unlocked cosmetics) from the technical phase no matter what platform they choose to play on in the future.

“The contents of the Technical Test battle pass are exclusive to players of the test,” Graeme Jennings, the game’s senior producer, says in the thread. “But the game will have cross-progression once consoles launch, which means you can have those items on console if you jump into the TT now, so get in there.”

While cross-play and cross-platform aren’t exactly new things in the industry anymore, allowing players to carry their progress from an alpha into the full game is.

When Valorant launched earlier this year, all the progress players had made during the beta was deleted. The reason for this was that Riot Games wanted everyone to start playing the game on an equal footing – especially when it came to the ranked competitive scene.

While cross-play has been confirmed by Ubisoft, it’s worth noting that the studio hasn’t given any specifics on this just yet. When asked if players would be able to opt of our PC queues and play only against other console users, Jennings says Ubisoft is “looking closely” at it right now and “can’t say much further” on it.