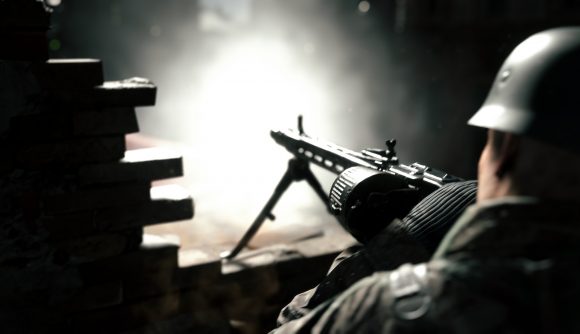 Ever since the early access launch of Hell Let Loose in 2019, fans have been clamouring for an opportunity to play as the British. Currently, Black Matter’s realistic tactical shooter lets you take charge of soldiers from the United States, the Soviet Union, and Germany, but in 2022 that’s all set to change.

In July, Black Matter revealed its roadmap for 2021/2022 and included within that are the Brits. According to the plans, fans can expect to see the British Forces at some point next year, along with British weapons, maps, and uniforms. However, in a recent interview with The Loadout, Black Matter’s CEO, Max Rae, reveals the British expansion might be getting a little bit bigger.

“We might look at it as a Commonwealth expansion,” Rea says. “It lets us be a little bit flexible in terms of the breadth of battles that we tackle… and it might even allow us to include the Aussies and Canadians.”

While Rae was fairly tight-lipped on what we can expect and when, he explains that findings from the team’s research for the expansion led to this change in direction.

“You can’t put pen to paper until you know exactly what weapons you’re making, which vehicles, and how they fit into the game and the roles,” he says. “We do a vast amount of research and the amount we’ve done so far has informed us shaping this into a Commonwealth-style expansion, rather than the British. When you look, there’s such a significant overlap in the equipment and uniforms used between the different Commonwealth forces.”

He also mentions that the team has considered a force-specific twist for the new faction, but he wouldn’t go into detail what that might entail.

It’s an interesting shift in plans, but it does make sense. The British were helped tremendously by Commonwealth forces in the Second World War and the idea had been floated by the community before.

To find out more about what the future holds for Hell Let Loose, stay tuned. The Loadout’s exclusive chat with Rea, which covers the year just gone, the game’s console launch, and the future, will be published just before Christmas.