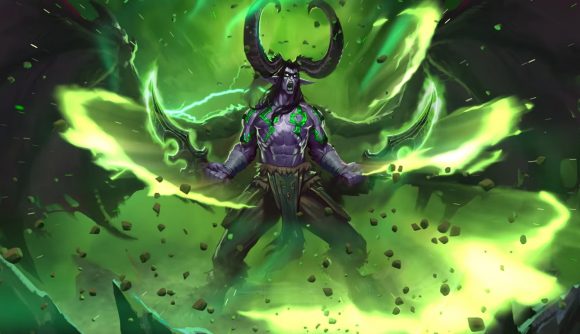 Zero mana spell cards have had a problematic and varied past, with the last such card, Twin Slice, receiving a sizeable nerf the same year it was printed. At first glance, Sigil of Silence also looks very powerful, as there is little that opponents can do to stop its effect once it has been played.

For no mana, you would expect Sigil of Silence to at least affect both sides of the board, but that’s not the case. If you’re running a combo deck, this spell is a no-brainer, and honestly we could see it thriving in a lot of the best Hearthstone decks. Struggling to deal with big boards full of taunts? Here’s your answer.

If that wasn’t enough to persuade you, it’s only a rare card, meaning Demon Hunters can pop two of these bad boys in their decks and use their considerable drawing power to get two delayed turns of silenced minions on their opponents side. You want to attack face? You attack face. 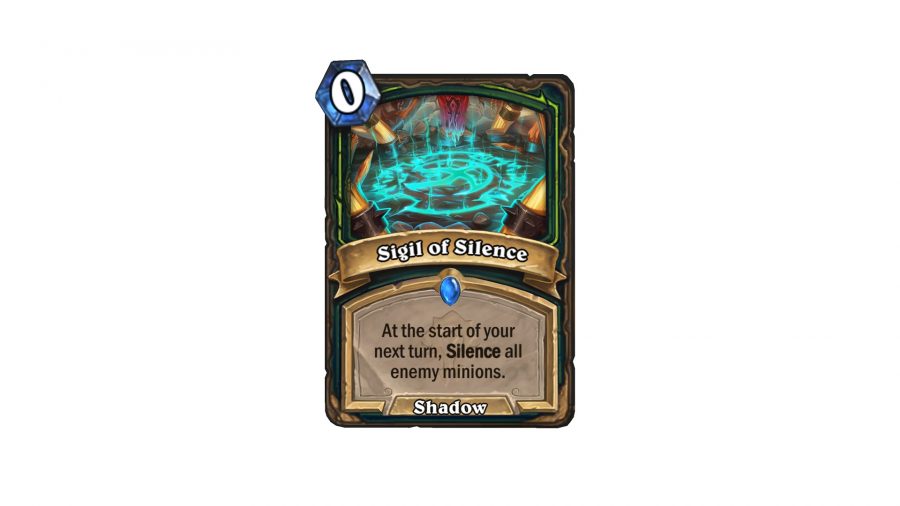 If, after all this, you’re still struggling to find a space for Sigil of Silence in your deck, just think back to when Consume Magic was often seen. Even if you don’t usually run any counter play, we’d recommend making room this time around, as the spell just looks too good.

If you’re after a nigh-uncounterable spell that behaves like a traditional secret but doesn’t feature any of the traditional counterplay associated with those cards, then Sigil of Silence might just be the card for you. If your deck is particularly aggressive, then it can be the perfect way to set up an extremely damaging and potentially lethal turn.