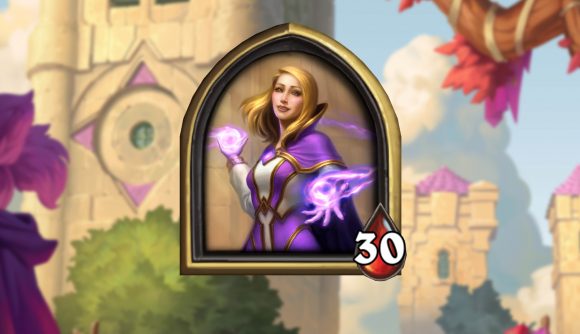 Blizzard’s latest Hearthstone event focuses on the Book of Heroes, a free solo adventure that tells the story of Hearthstone’s characters. The first chapter in the Book of Heroes focuses on Jaina Proudmoore as she makes her way from scholar to a mighty Mage. Players have the option to purchase the Scholar Jaina portrait, but it appears the Hearthstone community is upset by the lack of effort put into this alternate hero.

Hearthstone’s premium hero skins typically feature custom animations and unique voice lines. Unlike the other premium skins, Scholar Jaina borrows all of these from the stock Jaina skin unlocked at the beginning of the game. The only differentiating feature between Scholar Jaina and the regular Jaina skin is the portrait itself, placing her on the same tier as the free 1,000 win portraits.

The Hearthstone community on Reddit views this as Blizzard sinking to a new low for premium hero skins. “The memes are real now. They’re literally selling a gif” says ‘MrMarklar’ on Reddit. Twitter user ‘Ben_Hearthstone’ also pointed out that Scholar Jaina actually features unique emotes in the solo adventure, but these have not crossed over to the main game.

Chadd Nervig, Hearthstone’s initial game designer, addressed the lack of unique voice lines on Twitter. In response to Ben_Hearthstone, Nervig had this to say: “Mission bosses and heroes give us a tiny subset of the total voice lines of a full collectible hero. Mixing them sounded very odd, so we stuck with the consistent full voice set.” In the same thread, Nervig mentioned that the developers could include new emotes if people want it, and that he will pass along the feedback. 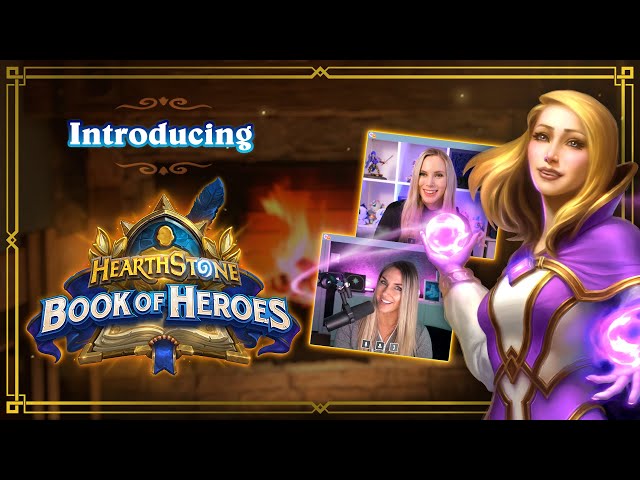 Blizzard is aiming to release a new chapter of the Book of Heroes every month until all ten characters have shared their story. The most recent Hearthside Chat video hinted that the next chapter could be about Hunter, so all you Rexxar fans have something fun to look forward to.