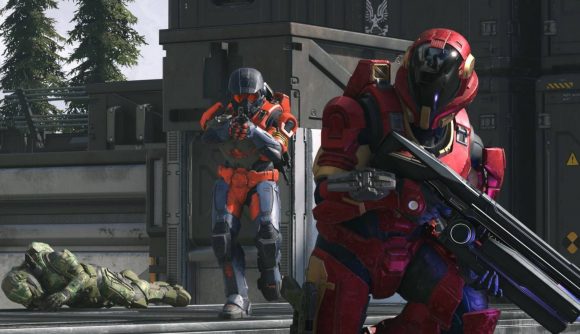 Now that 343 Industries has announced the Halo Infinite release date for December, it has also revealed nine esports organisations that will become partner teams for the Halo Championship Series. Pegged as Halo’s biggest esports event, Halo Infinite will beckon in the next era of the competition.

As announced in a blog post by 343 Industries, the nine teams that will be partners at the launch of the Halo Championship Series are: Cloud9, eUnited, Faze Clan, Fnatic, G2 Esports, NaVi, Sentinels, Spacestation Gaming, and Team Envy. While these aren’t the only teams that will be participating in the HCS, they are the only ones with partner status. More partner teams will be added in the future, however.

A Q&A section towards the end of the blog post details that these partner teams were selected because they “are investing significant funding into the Halo ecosystem and we [343] want to ensure that the Halo ecosystem can give back financially to them.”

One of the main benefits for these partner teams is that their logos and insignias are available within Halo Infinite as purchasable cosmetic items.

Halo Infinite is almost here and to celebrate the franchise’s 20th anniversary Microsoft has announced a Halo Infinite Xbox Series X and Elite controller which are in limited supply.

The game will launch into Xbox Game Pass at launch as a part of the December lineup and hopefully, the game will make our best Xbox Series X games list as well!