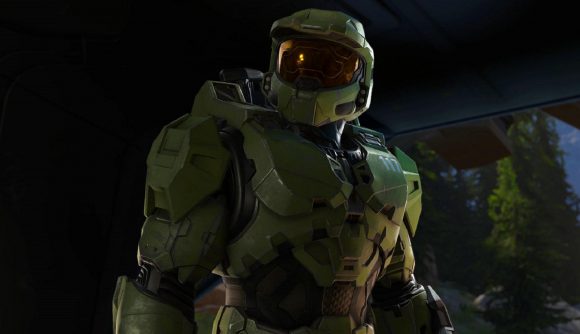 343 Industries has offered more details on what the Halo Infinite esports scene will look like. Halo esports lead ‘Tashi’ explains in a blog post that the next-gen esport will take inspiration from and carry on the legacy of the previous Halo Championship Series system, as a “continuation of 2018 programming and events”.

“We are working to develop a healthy and sustainable ecosystem for Halo esports,” Tashi says in the blog. 343 is taking a tiered approach, relying on a system of tournament operators to make sure players always have a competition to compete in.

The top tier of competitive gaming will be seen at official Halo Championship Series events, which will be fully funded by 343. Middle-tier tournaments will be jointly funded by 343 and the tournament operators for the competition. Grassroots events will be supported with “promotion, prize pool, and more,” although the specifics of how 343 will support smaller tournaments has not been revealed yet. Tashi notes that similar systems are currently in place, but they will all come together for the first time when Halo Infinite is released.

343 will also partner with Esports Engine for Halo Infinite esports, including the Halo World Championship. But most of all, Tashi wants players to always feel like the esports scene is active and thriving, and that there are always opportunities to play at a competitive level.

“Our vision and aspiration is that players feel like there’s always something to compete in, which would be a mix of official HCS tournaments, HCS Grassroots tournaments, and other partner tournaments,” he says. “This would also include a variety of formats and game settings/modes which would make up a bustling and varied tournament scene.”

The developer’s support of independent and grassroots tournaments will be vital to creating a long term and “sustainable” esports scene for the next generation of Halo players. Tashi says that 343 wants to “work with partners who can bring ideas and creativity to the table and are as passionate as we are at delivering a great player, fan, and viewer experience.”

While the Halo Infinite release date has been delayed until fall 2021, 343’s focus on creating a sustainable esports scene is a great sign for competitive players.