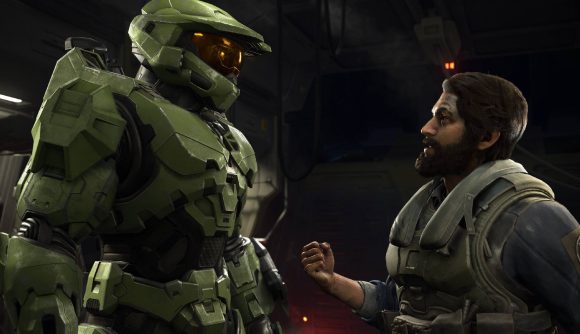 As Halo Infinite‘s launch approaches and fans of Xbox celebrate the 20th anniversary of the console and the Halo franchise today, Phil Spencer is in a reflective mood judging by his latest interviews. While the man himself has had many highs in his career, there’s one thing in particular in the last 20 years that’s been bugging Spencer – the delay of Halo Infinite.

The delay, which took place last summer, left the Xbox Series X|S without a major launch game – something that’s been critiqued in the press multiple times, and the way that delay was announced left a sour taste in Phil’s mouth. “I don’t like how we did it,” Spencer says in an interview with GQ. “I don’t like that we showed the game, talked about it launching at the launch of the consoles. And then within a month we had moved it.”

As for the delay itself? Well, that came after fans were left less than impressed over how the campaign’s environments and enemies looked during the gameplay showcase in July. After a rocky Xbox One generation, it was clear that Microsoft were pitching Halo Infinite as a part of the company’s comeback into the console space.

Spencer and the rest of the Xbox team hoped the game would be ready for launch to compete against the PlayStation 5 and its three blockbuster games, Demon’s Souls, Marvel’s Spider-Man: Miles Morales, Sackboy: A Big Adventure, but that hope was misplaced.

“We should have known before and just been honest with ourselves,” he says. The belief that Halo would launch in 2020 was “not out of deception, but more out of… hope. And I don’t think hope is a great development strategy.”

Despite a less than stellar launch, Spencer revealed in the interview with GQ that Microsoft has sold more than eight million Xbox Series X|S in its first year. And despite no major exclusives in 2020, 2021 has seen the release of Psychonauts 2, which we loved in our review and Forza Horizon 5, which has surpassed more than six million players after only a week on Game Pass.

The return of the Halo franchise is on the horizon and Halo Infinite Season 1 for multiplayer is rumoured to end up launching this week ahead of the campaign’s December 8 release date. But with more upcoming Xbox Series X games and exclusives on the horizon, the future of Xbox looks far more promising than it has in years – and we have Spencer to thank for that.