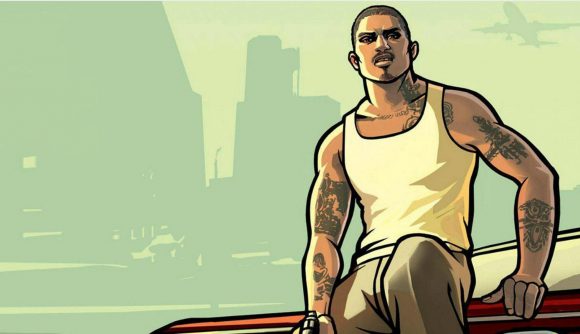 After months of rumours and industry insiders claiming a remaster of three classic GTA games were on the way, the Korean games rating board has now seemingly rated them. The package of titles appears to be called Grand Theft Auto: The Trilogy – The Definitive Edition.

As of right now the rating only covers the PC, but the trilogy is claimed to be coming to consoles as well, including PS5, Xbox Series X|S, and even the Nintendo Switch.

While 2K itself hasn’t commented on the trilogy remasters, reports claim that the package will remaster Grand Theft Auto: III, Grand Theft Auto: Vice City, and Grand Theft Auto: San Andreas. Other improvements that have been mentioned include an updated UI, with gameplay that stays true to the classic PS2-era Grand Theft Auto games. The rating doesn’t offer us much in the way of details about the remaster, so we still don’t have any firm information about what they’ll contain.

These games were reportedly intended to be given away for free as a gift to players who buy GTA V on PS5 or Xbox Series X|S, but 2K has now apparently pivoted and will release all three as a part of this Definitive Edition.

In addition to that, the trilogy was also named in an NVIIDIA GeForce now database leak earlier this month.

The collection is rumoured to be released in late October or early November, but given the next-gen version of GTA 5 and GTA Online has been delayed, these remasters could have also suffered a setback.

Leaker Tom Henderson has also suggested that the game will arrive in 2022. For now though, we will have to wait to hear from 2K.