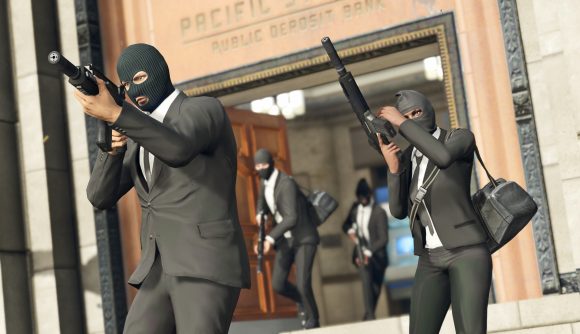 GTA V was the fourth most watched game on Twitch in 2019 and viewership grew 227% from last year, according to new figures.

Despite GTA V celebrating its sixth birthday this year, it saw a massive explosion in popularity on Twitch that puts it’s total viewership behind only League of Legends, Fortnite, and the Just Chatting section. As the report from Stream Elements and Arsenal.gg highlights, GTA V viewership has more than tripled from 2018. This is thanks mainly to streamers using role playing mods in custom ‘RP servers’ and going around GTA V’s incredibly detailed world as their characters while interacting with other role players.

Streamers such as Jaryd ‘Summit1g’ Lazar and Saqib ‘Lirik’ Zahid have been some of the big names who have streamed a lot of GTA V content in 2019 and their viewers have contributed towards the total watch time of over 500 million hours. Further stats from SullyGnome show that GTA V has had an average viewership of around 64,000 during the last 12 months across the whole of Twitch.

The Stream Elements report also shows that League of Legends has retaken the throne as the most watched game on Twitch from Fortnite, with just shy of a billion hours of content watched.

While the list was dominated by the stalwart games of Twitch, Apex Legends managed to become the only new release this year to break into the top ten, placing eighth above Overwatch and Hearthstone. The full top ten from the report can be seen below.

GTA V’s resurgence this year has shown how trends like role playing can explode in popularity in a short space of time on a platform such as Twitch and how games that we thought we’d seen the back of can draw in big audiences once again.