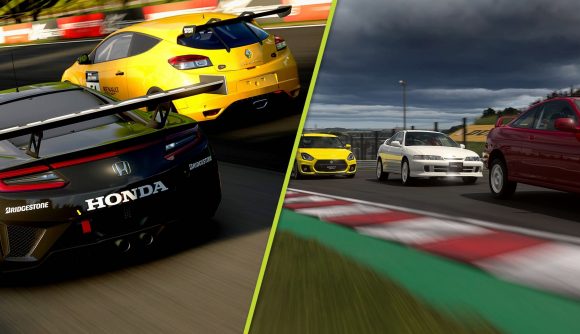 Gran Turismo 7 may have only been released a week ago, but it’s first significant update is already here in the guise of patch 1.06. It brings a lot of changes for both the PlayStation 4 and 5 systems, and also fixes a problem where players couldn’t earn a trophy even though they had completed the requisite challenges.

The patch notes outline 32 different fixes that have come to the latest iteration of Sony’s racing simulator, the most notable of which corrects a problem where players who cleared all wet-surface License Tests were not being awarded the Bronze trophy Rain Royalty. The catch is that you will need to go back and clear all of the relevant tests again to achieve the trophy if you’ve already completed them. At least they aren’t quite as daunting as the fearsome (and frequently memed) A-9 License Test…

Another salient change comes in the form of a fix to the game’s Menu Book mode, the equivalent of a single-player campaign, where Polyphony Digital says there was a “rare” issue that caused players’ progress in this mode not to be saved. Other changes in this area include fixes for “application error” crashes that occur on PS4 systems when either accessing broadcast features or shooting a race photo.

There are many more general bug fixes addressed in patch 1.06 that tackle everything from your racing suit not being displayed in Driving Gear to Replays not playing all the way to the end of the recording. There’s no mention of a fix to the Gran Turismo 7 money glitch that allows players to pocket millions of credits an hour, though.

But it’s not all bug fixes, as the game has now added 64 new music tracks to listen to while in replay mode and wind speed and direction indicators have been added to your HUD.

Read the Gran Turismo 7 1.06 patch notes in full for a more in-depth look at every single change in the latest version of the game.