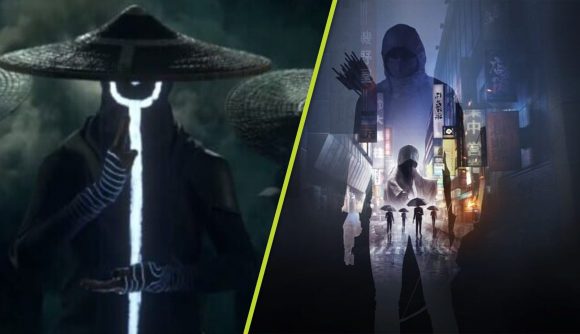 Ghostwire Tokyo director Kenji Kimura has revealed the details and inspirations behind the game’s elemental, hand-waving, magic finger weapon seen in the game’s trailers and previews, and while they draw heavily on Ghostwire’s Japanese folklore in theory, they function much the same as guns in practice.

In the latest issue of Edge magazine (#369), Kimura explains that the hand gestures themselves are based on a Japanese practice called “kuji-kiri,” an ancient set of gestures designed to channel energy, heal people, and purify locations. It’s still seen in Buddhist practices today.

The function of these hand gestures, however, will be a lot easier to understand, especially for Western audiences. There are three different types of elemental shot that can be cast from your hands, Kimura says, and they will act like weapons we are already familiar with from other action videogames.

The first is wind, which acts like a kind of pistol and allows you to fire multiple shots. The second is water, and this element acts more like a shotgun, spreading its projectiles out in a wider pattern. The last elemental attack is fire, and this is more like an area-of-effect explosive weapon, which Kimura compares to a rocket launcher.

It isn’t that simple though, as each of these elemental abilities will also have an alternate-fire mode that lets you charge the attack up for a modified attack. These attacks will allow you to quickly dispatch your supernatural foes if you are eagle-eyed with your aim, but they also leave you open to counter-attacks should you miss.

The elemental attacks can also be upgraded with new abilities as you gain XP and level up, giving you access to things like a piercing shot or a bigger AOE depending on the type of element you upgrade.

The Loadout had a chance to attend a press event where gameplay of Ghostwire Tokyo was shown off in more detail. You can read our thoughts on why it doesn’t look like a Shinji Mikami game, or whether its combat can make up for its formulaic-looking open world while you wait for the Ghostwire Tokyo release date to roll around.