After entering the world of full-time games writing, I paradoxically found myself having to be more selective of what I delved into when it came to actually playing games. Where I was once upon a time a fiend for min-maxing the minutiae of my route to completion, I was now min-maxing how to cram as many games into my limited playing hours as possible.

Elden Ring may have gotten me in a chokehold over the past few weeks, but for the longest time I wouldn’t touch a 50+ hour title because I managed to convince myself that I simply didn’t have the time to fully lose myself to it anymore. Achievement hunting gave way to more condensed experiences – like a few 30-40 minute Valorant games in the evening, or a couple of rounds of Teamfight Tactics on my lunch breaks. Over time, my love for completionism naturally began to wane.

Funnily enough, it wasn’t the promise of a jaunt in the Lands Between which brought me back to completing longer-form games and grinding out their achievements – that accolade belongs to HoYoverse’s gacha-infused ARPG, Genshin Impact. After my friends somehow managed to reintroduce me to the world of Teyvat, I underwent a metamorphosis that I had hitherto thought was impossible.

I was no stranger to Breath of the Waifu, having briefly played it from launch. Jumping back in, I was around Adventure Rank 30, and a good chunk of the way through the main story quest line of its second major zone, Liyue. I knew what I was in for, and I knew – or at least thought I knew – that I would quickly uninstall the game again in favour of clicking heads or my quick bursts of auto-chess. ‘I don’t have the hours in the day for this’, I thought.

And then Arataki Itto came into my life. 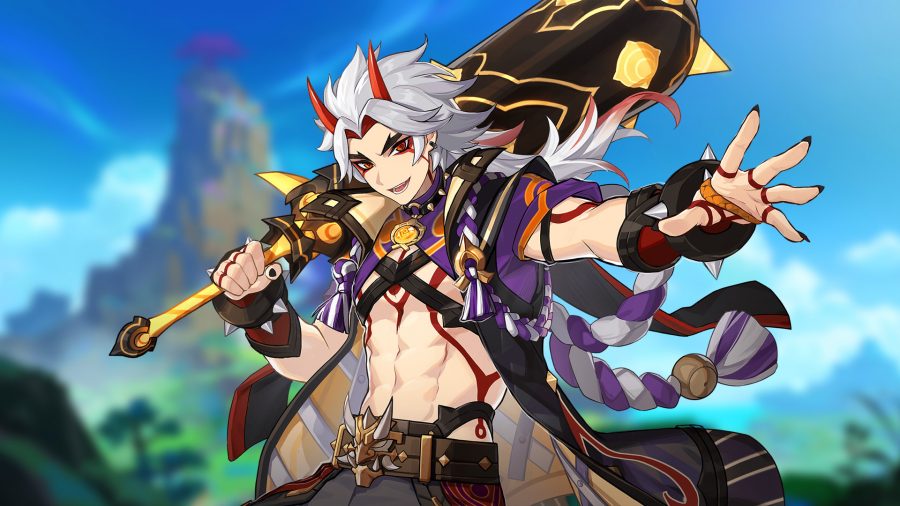 Having accrued some Primogems – Genshin’s premium currency – through an ongoing event, I decided to roll them away on the Genshin Impact banner at the time. What I hadn’t realised was that I had reached soft pity range – a cap that would guarantee a premium unit – when I previously stopped playing, which left me pleasantly surprised when that gleaming golden animation streamed across the screen. The oni boy came home.

Itto’s kit is nothing particularly fancy by Genshin’s standards, but the satisfaction of throwing a tiny bull at swathes of hillichurls quickly hooked me in. Before I knew what was happening to me I had piled hours into finishing up Liyue, before blasting my way through Inazuma – a region which didn’t even exist when I had last dipped my toes in the Genshin ocean.

But simply finishing the current main story quest chapters wasn’t enough. As I explored more, I was drawn to the promises of riches through solving puzzles of varying complexity, clearing out camps of mobs in return for chests, and uncovering each region’s personality through the menagerie of world quests and lore snippets available to me.

Every achievement I completed led to an even greater desire to hunt down the remaining challenges in each of its related series. Before long, I had 100% cleared several, with a number of gorgeous name cards, a small pool of Primogems, and a big Cheshire Cat-esque grin on my face to show for it. That single-minded pursuit of collecting everything I could find – that desire I thought had been lost to time – returned with a vengeance.

As I logged on each day to clear my dailies and mark out another piece of the map to dig through with my limited hours, I found myself returning to the game’s greatest challenge, the Spiral Abyss – a tower in which each floor promises incrementally more difficult battles – where I was unable to get past floor six, even with my club-wielding sunshine boy. So I set my sights on pushing myself higher, and started to look into team comps, builds, and other ways to get stronger.

I had successfully pulled Gorou – another one of the Genshin Impact characters – from the Itto banner, and Bennett was already in his rightful place, so I was missing but one piece of the puzzle, and it was an old man with a love for osmanthus wine – Zhongli. 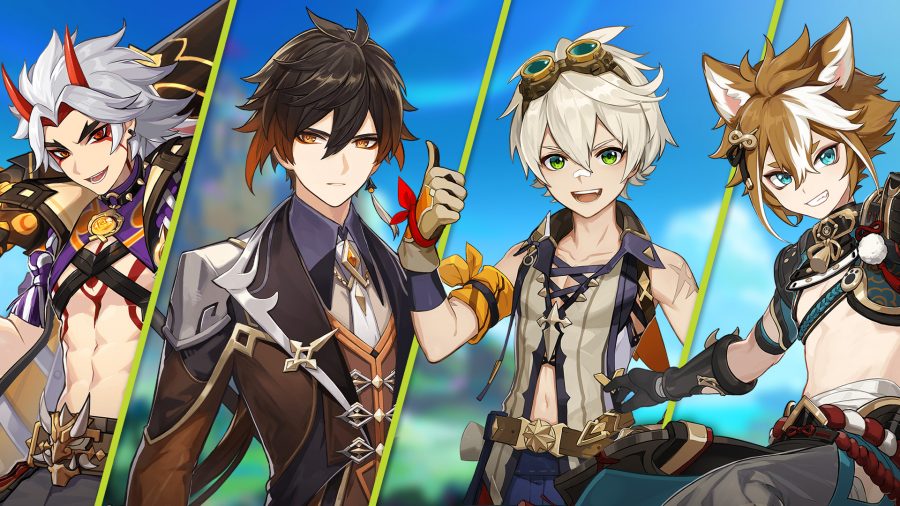 As luck would have it, Zhongli was getting a rerun on the next Genshin Impact banner at the time, and so what began as me slowly stockpiling wishes for best girl Raiden Shogun in Version 2.5 became a furious frenzy of flogging Genshin out of every primo I could get my grubby little mitts on.

An arguably-unhealthy preoccupation quickly turned into a full-blown obsession

All of a sudden all of those chests and challenges I had been putting off for another day were cleaved through at a blistering pace. What was already teetering on an arguably-unhealthy preoccupation quickly turned into a full-blown obsession, and I wasn’t going to stop until this Zhongli wanter became a Zhongli haver.

After successfully adding the meteor-yeeting Geo unit to my party, and spending some time farming serviceable artifcats for the squad, I returned to the Abyss. With my A-team clearing its half of each chamber in record time, my lacklustre B-team – which would pick up the slack on the other side of the floor – now had more than ample opportunity to whittle down their targets, helping me up a couple more floors.

My team isn’t perfect, and I know there’s more work to be done if I’m to finish my climb, but right now I’m relishing in the hurdles I have cleared to get to this point, while admiring the slew of completed achievement series I’ve accrued. 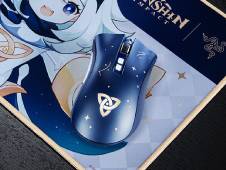 Thanks to Genshin, that long-dormant desire to set goals and discover everything a game had to offer returned. Yes, it was accelerated by me being too cheap to splash out on wishes with real money (sorry HoYoverse, you won’t make a whale of me just yet), but even after hitting a big ol’ content wall, that urge hasn’t gone away.

Whether it’s making achievement progress, working towards the AR cap, or simply raising my region exploration by a few percentage points, the choice to spend my precious gaming time in Teyvat wasn’t born only out of me being cheap, but a genuine love for Genshin’s world and the challenges it offers too. 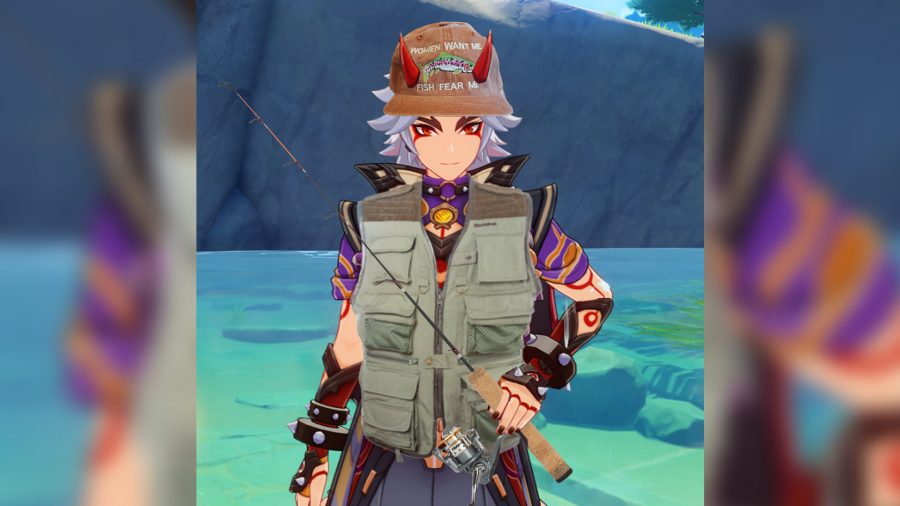 While I’m patiently (or perhaps impatiently) awaiting the upcoming 2.6 update, I’m now slowing down the pace and taking the time to enjoy the ultimate Genshin endgame activity: kicking back with naught but Genshin’s gorgeous soundtrack, my trusty fishing rod, and the multitude of prime fishing spots dotted around Teyvat.

That 2,000 fish achievement will be mine… eventually.