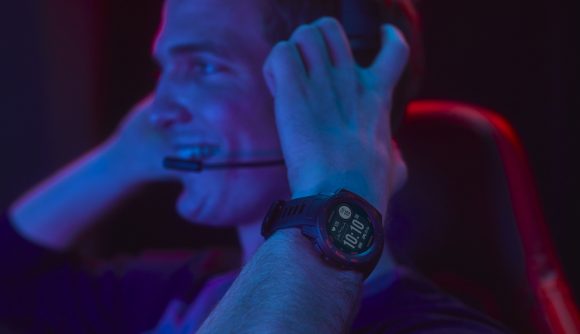 Tech company Garmin has just unveiled a new watch that is designed with competitive gaming and streaming in mind. Utilising the kind of health monitoring technologies used in many fitness watches, the Instinct Esports Edition is marketed at gamers who either want to track their health and stress levels, or just want a fun toy to play with on stream.

The watch will track and monitor a number of things going on inside that G FUEL-filled body of yours such as heart rate and sleep quality, while also tracking your stress levels – which may make for interesting reading during a high-pressure CS:GO clutch or a particularly tilting game of League of Legends.

What’s more, you can pair your Instinct with Garmin’s hideously named but potentially hilarious STR3AMUP! tool on your PC, which will create a stream overlay that can show your viewers your heart rate and stress levels in real time while you play. This could make for some interesting content, especially if you’re a big fan of horror games.

With this watch knowing more about your insides than your doctor, it can also apparently calculate how much energy you have left in the tank throughout the day. 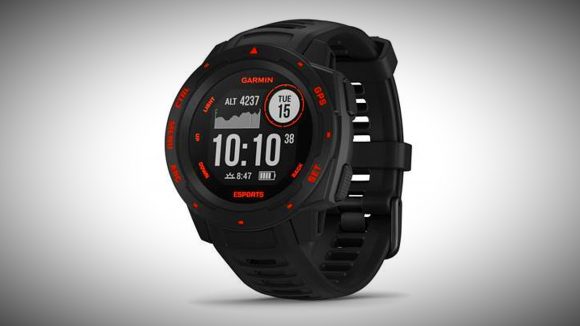 For health and wellbeing-conscious gamers – or those who don’t mind revealing to their chat how much of a sissy they are playing Five Nights at Freddy’s – this watch could actually be pretty useful. You would have to cough up the recommended retail price of £269 though (that’s around $350 to our American readers).

Whether Garmin’s tech will be widely used by high-level gamers remains to be seen, but with burnout and stress hot topics in esports at the moment, who’s to say teams won’t be hooking up their players with these to keep track of their health and well-being in the near future.