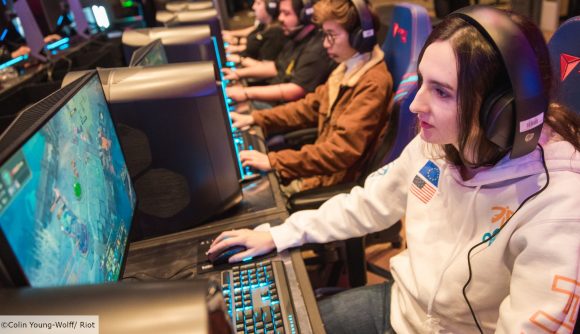 There’s a number of ways to break into competitive gaming. You can grind relentlessly for hours to climb rankings and leaderboards, you can absolutely kill it with your amateur team and get scouted, or you might just have a few good contacts.

But how about going on reality television? Well for 12 aspiring pro gamers, that’s exactly what they’re about to do. A new show called GameMaster – which is set to drop this Spring and will be streamed on a yet to be confirmed platform – will see the 12 contestants live with each other and compete in challenges across a number of different titles to be crowned champion, receive a $100,000 prize, and, according to the production company’s press release, a “one-year engagement as a travelling, gaming ambassador among the world of professional esports.” Whatever that means.

The Hollywood Reporter says that the nine-episode show – which will culminate in a one-on-one finale with the last two players left in the competition – will be hosted by actor Wil Wheater, who has done previous voice acting work on video games such as Fallout New Vegas and various Grand Theft Auto titles.

While the nature of the challenges and the type of games that will be played during the course of GameMaster is unclear, it does appear to be that contestants will have to be a jack of all trades to get far in the competition.

Although a $100,000 prize is not to be sniffed at, it will be interesting to see if any of these contestants will be able to land themselves a spot on a competitive team as a result of their appearance on the show.