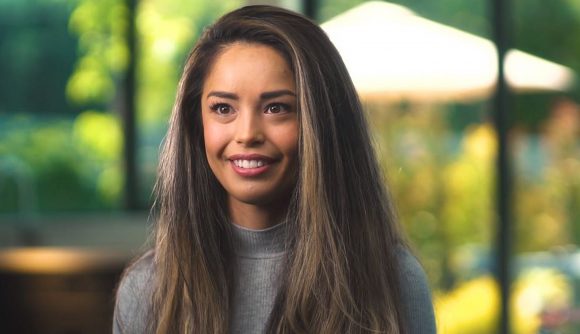 In among a slightly overwhelming number of trailers and world premieres at The Game Awards 2020, Lord Keighley decided to dish out some actual awards. While The Last of Us Part 2 scooped the prestigious Game of the Year award, we know you’re probably here for the winners of the competitive-focused categories and to see if your favourite streamer scooped the Content Creator of the Year award.

Well, if your favourite is Rachell ‘Valkyrae’ Hofstetter, then you’re in luck; the YouTube Gaming streamer was voted as 2020’s top content creator, beating some of Twitch’s biggest streamers like Nick ‘NICKMERCS’ Kolcheff and Tim ‘TimTheTatman’ Betar. This is the first time a female creator has won this award, or the equivalent Trending Gamer award from earlier years, with past winners including the likes of Tyler ‘Ninja’ Blevins and Michael ‘Shroud’ Grzesiek.

Unsurprisingly, League of Legends took home Esports Game of the Year, and even more unsurprisingly its 2020 World Championships was awarded Esports Event of the Year. Let’s be honest, we’re used to Riot sweeping these categories by now…

League of Legends featured in even more categories too. While Worlds winners DAMWON Gaming missed out on Esports Team of the Year to G2, its midlaner Heo ‘ShowMaker’ Su was voted Esports Athlete of the Year.

Here’s all the winners, which are shown in bold, from the content and competitive categories at The Game Awards 2020: