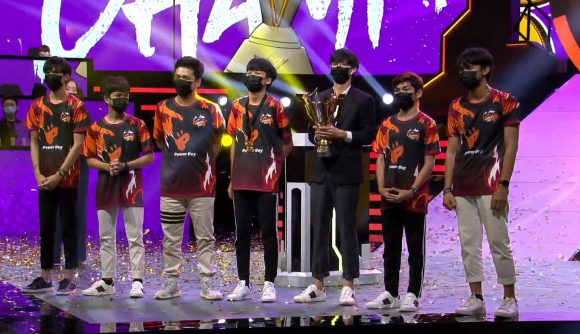 You don’t need us to tell you that mobile gaming – and, as a result, mobile esports – is enormous right now. In regions such as Southeast Asia or Latin America, mobile esports have quickly overtaken PC or console esports in terms of viewership, and one of the games leading the charge around the globe is Garena Free Fire.

The battle royale has become such a huge phenomenon in these markets that its most recent World Series event in Singapore – which saw Thai team Phoenix Force scoop a $500,000 top prize – has broken an esports viewership record.

Up until last weekend, the 2019 League of Legends World Championship held the title of the most-watched esports event ever after just under 4 million people tuned in to watch the semi-final between G2 Esports and T1 (then SK Telecom T1). However, the 2021 Free Fire World Series Singapore smashed that record as a peak audience of 5,414,953 tuned in to watch, according to Esports Charts.

The tournament was being broadcast in 18 different languages, and it was Portuguese-speaking stream that saw the biggest audiences, proving how big a game like Free Fire is in countries such as Brazil.

Esports Charts also reports that with an average audience of over 2 million, the 2021 Free Fire World Series has set a new record in that metric too.

The fact that Free Fire can attract larger audiences than arguably the most popular competitive game in the world, which has been around for over a decade, is a testament to how big mobile esports is becoming.

Despite having a run time of just nine hours across three days, and teams from Bangladesh, Pakistan, and India not even being able to attend the offline event in Singapore, the 2021 Free Fire World Series will go down as a landmark moment in the history of mobile esports.