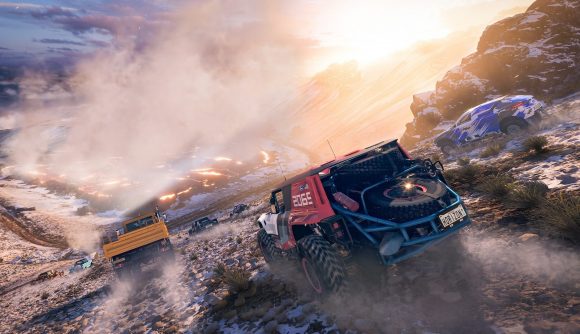 Forza Horizon 5 is one of Microsoft’s premiere games this fall and the series is known for the mountains and mountains of open-world racing fun it offers. Ahead of launch, the map of Mexico has been unveiled and the Forza Horizon 5 map is about 50% larger than England, which was the setting of Forza Horizon 4.

The maps was showcased in the latest episode of Forza Horizon 5: Let’s Go!, an series of videos providing updates on the racing game right until its November launch.

Mexico will feature 11 “distinct and unique biomes” which include the Canyon, Tropical Coast, Farmland, Arid Hills, Jungle, Living Desert, Rocky Coast, Sand Desert, Swamp, Urban City of Guanajuato, and Volcano. This makes it the most diverse open world Playground Games has created yet for its racing series.

During the reveal of Forza Horizon 5 at Xbox’s E3 showcase, Playground touted how it’s aiming to be authentic with it’s representation of Mexico, representing the country’s culture, art, history, and music. And, now that the full map has been unveiled we can see just how much driving around we will all be doing this November.

Microsoft has just announced a showcase, which will take place in a few weeks at Gamescom and we expect Forza Horizon 5 to be one of the showcase games the publisher will highlight at that show.

There is no doubt that Forza Horizon 5 will be making an impact when it launches on Game Pass for Xbox One and Xbox Series X|S. We might even see it added to our best Xbox Series X games list.