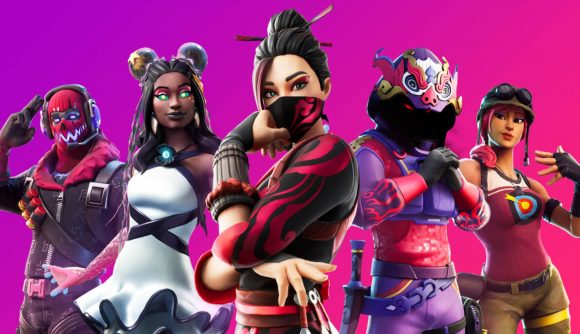 Epic Games has shared an update on its plans for competitive Fortnite in 2021, clarifying that it does not plan to hold any in-person events next year. This includes the Fortnite World Cup. Instead, you can expect another year of online competitions, though Epic “hopes that physical events, in some form, can return at some point in the future.”

The Fortnite Champion Series (FNCS) will continue throughout the next year, with a newly standardized party size of three. Scoring and/or qualification formats may, however, change from season to season.

Chapter 2 Season 5 of the FNCS is set to kick off on February 4. This date, according to Epic, will provide ample time for players to adjust to the new season while allowing the team to make any necessary tweaks before play commences. More details are expected to arrive soon.

Epic is putting together a schedule featuring more unique tournaments, weekly tournaments, and Creator Cups that should help to flesh out the 2021 competitive calendar. It teases “plenty of competitions (not just Trios!)” for you to scratch that competitive itch between seasons.

The announcement also shares some changes coming to competitive playlists. The new bars system will reset you to 0 bars at the start of every match, and you won’t be able to carry them between competitive matches. Epic continues to discuss ways of implementing this system into competitive play, “without negatively affecting gameplay.”