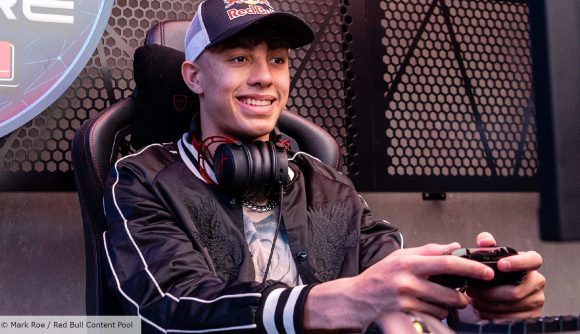 The Fortnite competitive scene has changed a lot in the last handful of years, with the COVID-19 pandemic having a huge say in how events are organised and run. The same statement can be made for Jaden ‘Wolfiez’ Ashman, a pro player signed to both Excel and Red Bull UK, famous for his second place Duos finish in the inaugural 2019 Fortnite World Cup at just 15 years of age – making him the youngest esports player ever to win over $1,000,000 professionally. With LAN tournaments starting to return (and hopefully a World Cup on the horizon), we spoke to Wolfiez about the current state of the Fortnite competitive scene – and it’s safe to say that he could be happier about it all.

When asked how he feels about Fortnite and the direction of the game right now, ahead of the Fortnite Chapter 3 Season 2 live event start time, Wolfiez was clear-cut with his feelings on the state of Epic Games’ battle royale – at least the competitive side of it, anyway.

“ I feel like [the casual side and the competitive side] should have been split”, from one another. “ The way it’s going right now, [Epic Games has] completely changed the whole game – the guns, the layout, the map – everything’s changed and it’s a lot to get used to.”

Elaborating on this statement, Wolfiez explains that the new game mechanics and the continuous content updates have created an environment where competitive Fortnite is much more about “knowledge of the game” than raw mechanical skill. He claims that it’s easier to kill people in Fortnite, but this has actually had a negative effect on the scene as a whole.

Calling out the SMGs specifically, Wolfiez reckons that they’re so overpowered right now that they “completely kill the skill aspect” of Fortnite competitive – “ the building is less important because your guns go through walls now” and “anyone can kill anyone in a certain situation”, no matter how good mechanically you are at playing the game.

It’s certainly an interesting conversation to have, and a debate we will undoubtedly be having for quite some time, as Fortnite continues to introduce new weapons and mechanics in future updates. However, maybe Wolfiez does have a point.

Equipment restrictions aren’t uncommon in games with ranked modes and a competitive scene – there’s also always a handful of ‘gentlemen’s agreements’ in place when it comes to particularly broken in-game mechanics. So, perhaps a restricted loot pool is what Fortnite needs to keep its competitive scene strong. Although, you could argue that the need to adapt to new mechanics, items, and strategies helps to keep the competitive scene fresh. It’s hard to say, but an interesting argument to have – and one we know which side Wolfiez is on.

However, all of this just applies to Fortnite’s core battle royale experience. If you’re wondering how Wolfiez feels about Fortnite No Build, which was recently introduced as a permanent mode, we have you covered.

On Fortnite No Build, Wofliez feels as though “it’s not really Fortnite anymore… it’s more of a different game” – however, he does express that “there can definitely be a more competitive element to it”. Will we ever see Fortnite No Build introduced and represented in the competitive scene more extensively? We can’t say, but it doesn’t seem like Wolfiez is a fan.

The future of the Fortnite competitive scene is bright and in capable hands, and as one of the biggest esports games out there, there’s more than enough fan support. But, it’s clear that not everyone is happy with where it is right now. Hopefully, as more LAN tournaments take place and (with any luck) another Fortnite World Cup is held, that will change. Whatever happens, we’re sure that Wolfiez will be there at the top of his game.