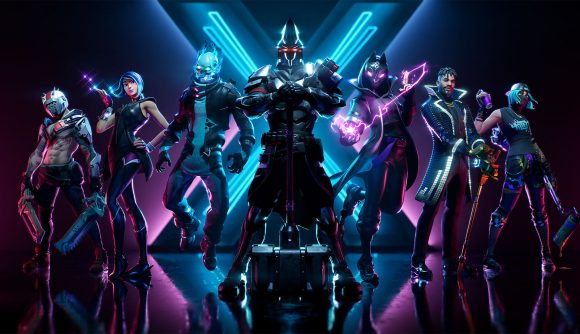 The youngest person in esports history to win $1,000,000 at a single event is joining Excel Esports today. Jaden ‘Wolfiez’ Ashman, who came second at last year’s Duos Fortnite World Cup, will be joining the British organisation as it expands into Fortnite for the first time.

Wolfiez joins Excel with a number of victories and top place finishes under his belt. The 16-year-old, who plays on a controller, will now represent the organisation as they dive into the battle royale’s established esports scene.

“I’m really excited to be joining Excel Esports as their first-ever Fortnite player,” Wolfiez says in a press release. “I spoke to lots of different teams and really liked how Excel was doing things and thought they were the perfect fit. 2019 was such a massive year for me and I know with Excel’s support this year can be even bigger and better.”

Excel Esports has its foundations in League of Legends. The organisation currently has two teams competing across the LEC and the NLC, so this signing marks the organisation’s first steps into a new esports title, something that co-founder Kieran Holmes-Darby is excited about.

“As an organisation, we have been carefully exploring expansion opportunities for a while and when we first met Wolfiez it just seemed like such a natural fit,” Holmes-Darby adds.  “Fortnite is one of the most-watched esports in the world and has seen immense growth over the last few years.

He placed 2nd at the Fortnite World Cup, he won over a million dollars, he’s from the UK and he’s only 16 years old.

“Everyone at Excel Esports is really excited to get involved and work together with Wolfiez to show everyone the best of what British esports has to offer.”

However, it’ll be a while before we see Wolfiez represent Excel on the big stage. Earlier today, Epic Games cancelled the Fortnite World Cup and ordered all further events to be held online.