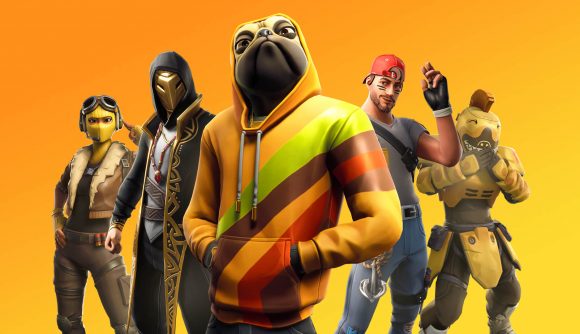 The trios competition will take place on the opening day, Friday 27 September and see all-star trios take on 18 teams of TwitchCon attendees who qualified through an open selection tournament.

As well as having the prospect of playing against some of the biggest names in Fortnite, teams will also compete for cash, with a massive total prize pot of $1.3 million. The money will be distributed for eliminations and high placings, with the amounts increasing the further into the competition you go. In between each trios match there will also be 1v1 Skill Challenges. This will feature pros and upcoming Fortnite players taking each other on in build battles.

There will be 12 teams invited to the finals to join the 18 teams who came through the open qualifiers. So far, ten teams have been confirmed and include some of the biggest Fortnite streamers and pro players.

The confirmed all-star trios trios are:

But what is the format of the event like, and what will TwitchCon goers have to do to reach the finals and have the chance to play against their favourite streamers and pros?

Related: Who are the biggest streamers of 2019 so far?

The prize money breakdown for the Fortnite Twitch Rivals event looks like this: